“Bureaucratic madness” is denying a dying man his legal rights to an appeal so he can clear his name of a murder conviction. By Andrew L. Urban.

On December 19, 2014, it’ll be 35 years since the day David Szach received the then mandatory life sentence for the murder of his lover, 44 year old Adelaide criminal lawyer Derrance Stevenson, which he vehemently denies. 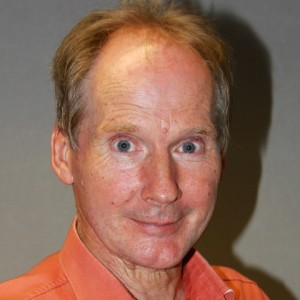 He is now 54 and dying slowly from the effects of motor neurone disease – the one made world famous by Stephen Hawking. Before he slides into the abyss of this horrible disease, he wants his 1979 murder conviction officially quashed. After almost 14 years in prison (and attempts at appeal) he was released but when he applied for legal aid to mount a further appeal under South Australia’s new legislation (2013), he was refused.

In June 2013, the South Australian Legal Services Commission (LSC) concluded that as Szach had served the sentence imposed by the Court and had been released, “it appears that the only purpose for an appeal would be to have the conviction quashed” adding, “with no other practical benefit to be claimed”.

This view was re-confirmed by the LSC in December 2014, in response to Szach’s renewed request for legal aid under the Statutes Amendment Act 2013.

As legal academic Dr Bob Moles, points out, “The South Australian government has legislated to establish a new statutory right of appeal in criminal cases. This is in response to the finding that the criminal appeal system, throughout Australia, has failed to comply with international human rights obligations. We now find that an application for legal aid is rejected, not because of the merits of the case, but because the person has completed their sentence.

“David Szach has obtained a report from one of the world’s leading forensic experts to say that the forensic evidence given at his trial was wrong. He is entitled to have his conviction overturned. However, the Legal Services Commission say that their guidelines only allow them to fund cases where a person is at risk of going to prison. The guidelines have not been updated to take account of the new right of appeal.

“Most people would regard this as an example of bureaucratic madness. Are we not concerned that the wrong person was convicted of murder? Are we not concerned that the real murderer has not been identified or held to account? Some $12 million dollars was spent investigating and overturning the conviction of David Eastman in the ACT. Yet in South Australia, there is no funding to enable someone who already has compelling evidence of wrongful conviction to present that evidence to the court.”

Szach questioned the 2013 decision through the Ombudsman, who found the LSC’s decision was reasonable. He explained to Szach that the Commission took the view that “even if the jury had not been able to estimate the time of death, there was other circumstantial evidence which may have supported the jury finding the complainant guilty.”

That opinion is firmly contradicted by Dr Moles: “With great respect to the members of the LSC, that is not correct. Without Dr Manock’s forensic evidence, there would be no evidence of time of death. At the trial, Mr Brian Martin QC (prosecutor) said:  … ‘the objective and scientific evidence means that he was dead by 6.40, and the accused was there.’”

Indeed, for Szach, clearing his name may well also clear his relationship with his mother (his father died 7 years ago). “When I was charged,” he says, “even my parents weren’t prepared to defend me, to say anything to the media. So the media took that as an admission somehow of my guilt …. Those days, my parents felt uncomfortable, embarrassed about the fact I had been in a homosexual relationship with an older man and just wanted me to go to jail and be done with it. That remains an issue between us …”

“She gave evidence that on the morning of the 5th June 1979 [Ed: the morning after the murder but several hours before police found the body] she was a receptionist at the Legal Services Commission … shortly after she arrived at about 5 minutes past 8, she noticed a man knocking on the front window. She spoke to that person and said “can I help you”. He said “is Justin in?” Justin was Justin O’Halloran, one of the Legal Services Commission’s solicitors. She said “have you got an appointment” and he replied “no”. She said “are you a client of Justin’s or is it about an application” and he said “not yet but I need help”. She said “what type of matter is it”, he said “a crime”. She said “have you seen a solicitor or is a solicitor willing to act for you”. He said “only Derrance Stevenson but when I left him last night he was in no condition to act for anyone”. He then went on and said “I have to see Justin because he is the only lawyer in Adelaide that will help me”. She said “you might ring later in the day and arrange an appointment.”

Michael David QC added: “Bearing in mind that the Police did not find Stevenson’s body until the afternoon of the 5th June, what this person said to Mrs. Shea (at 8 am or so) was of course quite startling.” Mrs Shea had never seen this young man before and no-one has been able to contact him since. It wasn’t Szach; he was sitting opposite her in court. Had the mystery man seen the murder? The body? How? When? Did he have anything to do with the murder?

Szach adds an alarming footnote: “The Commission’s Director withheld Mrs Shea’s evidence from the police for about 10 weeks… on basis of legal privilege which actually hadn’t existed over that conversation. I have often wondered what if the Director had provided that information to the police on the Tuesday – before I was arrested …”

The following year, 1993, Szach was discharged from prison (“kicked out of jail,” as he puts it, “without any pre-release program or assistance”) but he is still waiting for his name to be officially cleared, his conviction overturned. “I didn’t want to apply for parole,” he says continuing to adamantly protest his innocence, “because I should never have been before a sentencing court in the first place.”

The mild-mannered Szach, once an occasional opal miner at Coober Pedy, had been the older man’s lover since he was 16. He had never been observed to argue with Stevenson and depended on him for everything. “Our relationship was absolutely fine,” he recalls during our conversation. “The day before he was murdered, we had spent a quiet afternoon together at the home of Ron Strickland (a long standing friend of Derrance’s). Whilst there, Derrance had napped with his head resting on my lap.” Szach adds: “Even if I were capable of doing such a thing, I had nothing to gain.”

The case against Szach is entirely circumstantial. Indeed, “The opinion of the trial Judge seems to have been that the full story about the death of Mr Stevenson had not emerged,” noted Forensic Psychiatrist W. E. Lucas in his 1988 report , after examining Szach.

In 2007, for a South Australian edition of Channel 7’s Today Tonight, Szach successfully underwent a polygraph test, “but that didn’t achieve anything,” he says in frustration. He still has a copy of it, performed by the accredited lie detector service, Polygraph Australia.

“There is also the possibility that in examining the errors at trial and the reasons for them, one might identify “systemic” errors, “ comments Dr Moles. “It may be that the errors in this case are linked to similar errors in other cases. Is there not some considerable public benefit to be achieved in finding out if that is the case, and if so looking at those other cases?”

Not least, Dr Moles adds, “If he is innocent of the crime for which Szach has been convicted, he is entitled to have a public declaration to that effect. His family and friends might like to know the truth about what has occurred. So too might the family of (murdered) Derrance Stevenson.”

“Clearly these are early days in terms of the implementation of the new Act, but if this is to be a harbinger of things to come, one might find that the warm welcome which has been given to this initiative might soon dissipate,” he says.

The matter of correcting the record on serious criminal convictions is not always dealt with in such a cavalier manner. On 6 May 2013, a month before Szach’s application for legal aid was refused, the Court of Appeal in New South Wales entered a verdict of acquittal in the case of Fred McDermott. He was convicted of murder in 1947 and subsequently released in 1952 following a Royal Commission. He died in 1977 and his right of appeal expired with him. Nevertheless, 60 years after he was released, 35 years after he died, the Attorney-General of NSW still thought it was worth referring the matter back to the court for an appeal upon the discovery of new evidence – and legal aid was granted

Asked to respond to specific questions about the Szach case (eg: Is the refusal of legal aid a denial of Szach’s legal right?), a spokesperson for the Attorney-General issued the following statement:  “The new laws provide an avenue for a further appeal against a conviction where there is fresh and compelling evidence which wasn’t available at the time of the trial.

“Mr Szach can lodge an application for permission to appeal against the conviction and then for the court to determine whether it will grant permission and then hear the appeal.

“He may be entitled to received legal assistance but would need to apply to the Legal Services Commission.”

ALSO – Q:  Given the considerable doubt that now attaches to his conviction, that Szach had been incarcerated for almost 14 years, and that he is now terminally ill with motor neurone disease, does the Attorney-General think that Szach should be promptly assisted on compassionate grounds to have his appeal heard?

A: “The priority given to such an appeal is a matter for the court and it’s not appropriate for the Attorney-General to comment on the listing practices of the court in relation to an individual matter.”

Although the above doesn’t address any of the specific issues raised, it suggests that the Attorney-General’s department is not at all concerned whether Szach has been denied his legal rights and ignores the fact that Szach has indeed applied for legal aid – and was refused.

“I am at a complete loss to explain why it is that the Attorney-General and the Solicitor-General of South Australia take the view that this case should not be referred back to the courts,” Dr Moles told one journalist in May 2007. Over seven years later Dr Moles is still at a loss and David Szach is still determined to clear his name. Sooner rather than later.