As the inevitably painful consequences of unfounded climate alarmism hit home with our very own energy crisis, Australians are entitled to point to our massive reserves of oil and coal and gas (and yes, uranium) and ask ‘Why?’ No, it’s not Putin …. He’s just a convenient and current, minor straw man. The real straw man is a life-giving gas, demonised by political activists for more than 30 years.

Caught in a decades-long whirlwind of junk science, the credo of climate alarmism is encouraging politicians to repeat things that are simply not true. (Don’t laugh, this is serious.) What I mean by this is the accumulation of assertions that are indisputably false, but are nevertheless utilised in the service of attacking the straw man – ‘dirty, polluting’ fossil fuel emissions of filthy carbon dioxide. (Don’t laugh, we fell for it.)

In a rational government, alarming climate claims would have been scrutinised and verifiable facts (eg reference to geology science) would play a key role. Naah! 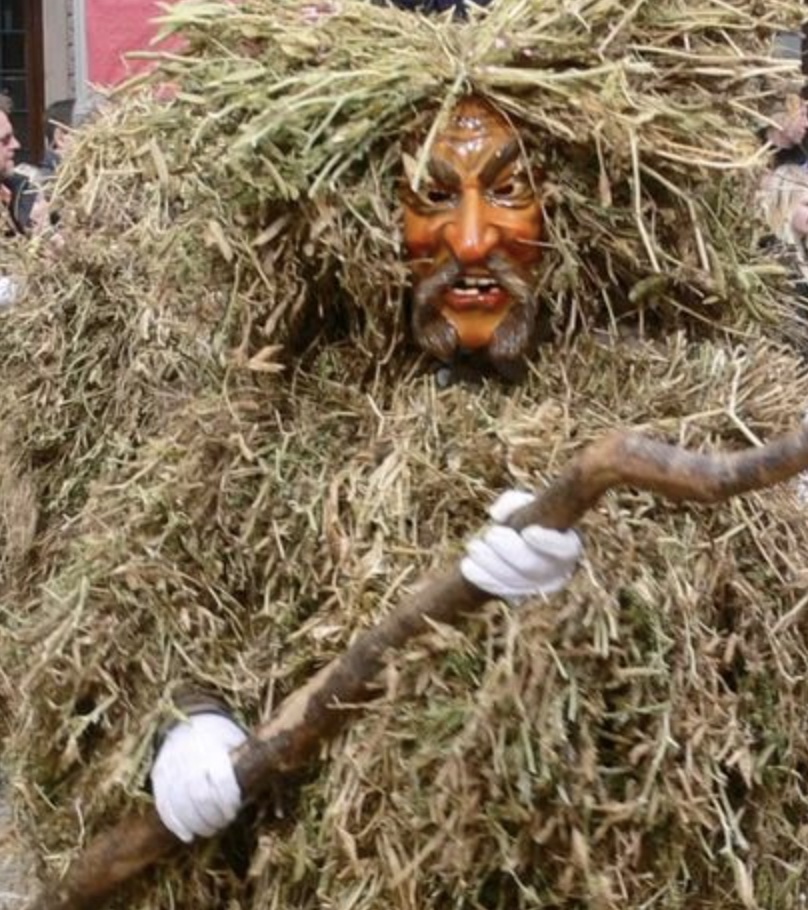 If you are a die-hard convert to climate alarmism, please read on. A straw man argument is one which the subject being attacked is made up (to be blunt about it); i.e. a straw man not a real man … or, in this context, a manufactured evil that is set up as the target of attack without evidence for its veracity: emissions are pollutants and harming the planet.

Weapons used for such attacks include claims of a consensus supporting the validity of the target (but still without evidence), exaggerating threats to catastrophic levels  –  and bald faced lies (or at best woeful ignorance) spouted by politicians about the dangers of climate change. Like: extreme weather events are increasing due to climate change. False (see 2011 IPCC report). Like: pacific islands are sinking as sea levels rise due to climate change. False (see ABC, BBC news reports). Like: polar bears at risk of extinction. False (see State of the Polar Bear Report 2018). Global warming is endangering the planet. False. (see NASA greening report).

That’s what I mean by junk science. It can also be called misinformation and it is certainly misleading. The motivation for this essay is the pernicious nature of lies repeated in the public square by leading politicians. Politicians we are entitled to trust on serious matters like life-saving and/or life-threatening energy policy. Politicians who have a duty to be well informed in their portfolio, and in the case of the Prime Minister (along with cabinet), fully informed of the potential consequences of all policy formulation.

The factual information is readily available to refute junk science. This is the age of Google. If you have staff at your disposal and policy advisers at your disposal, you have no excuse for telling the public things that are simply not true. Ever. But especially in a field of policy that is more consequential than any other (defence perhaps excepted).

But of course the junk science to which I refer was seeded by the original sin of the 30 year old climate change scenario, the false premise on which it is based: dangerous warming due to man made fossil fuel emissions, setting up CO2 as the straw man. Why was this fundamental claim never scrutinised in the public square? In fact, as geologists have always known, CO2 increases in our atmosphere AFTER a period of warming. There goes the foundation stone of climate alarmism.

The climate-alarm-gullible parts of the world (I specifically exclude China) is torn asunder by fear-mongering activists, politicians, investment opportunists and well meaning but ignorant sheeple, all identifying as saviours of our planet. Installing fear of catastrophic global warming has thus become the tool to forge policy without scrutiny.

As Swedish physician Hans Rosling has said, “Something frightening poses a perceived risk. Something dangerous poses a real risk.” Esteemed scientist Dr Judith Curry quotes Rosling in her December 13, 2022, paper, titled Misperception and amplification of climate risk. “The issue of psychological trauma of children is one that I am continuing to work on, to identify root causes and a way forward.

“The theme of this particular post is how our perceptions of risk differ from the actual risk itself.  Understanding this difference provides insights to understanding these fears, as well as providing insights into how these differences are manipulated by propagandists.” Does that ring a bell?

It’s worth quoting Curry at length here: “Climate activists, the media and even scientists seized on the ‘extreme weather event caused by climate change’ narrative as being the ideal vehicle for ramping up the alarm about human-caused global warming.

“… if you look back into paleoclimate record, you will find much worse weather and climate extremes. (eg how the ice age ended due to natural warming). No matter – never let the historical and paleoclimate data records get in the way of an alarming story that attributes the most recent disaster to fossil fuel emissions, and so amping up the pressure to eliminate fossil fuel emissions.

“In terms of risk perception, this amplified narrative of alarm emphasizes that these ‘climate change’ catastrophes are imposed on society by villainous fossil fuel companies.

“And now for the final element of manipulating risk perception: asymmetric distribution of risks, whereby children and under-developed countries are at greatest risk.  Serious virtue signalling tells us we need to eliminate fossil fuel emissions for the sake of the children and the underdeveloped countries.  Well, children in affluent countries are at far less risk than their great-great grandparents (not to mention children in underdeveloped countries) owing to the presence of fossil fuels in their lives that provide secure structures for their homes and schools with central heating and air conditioning, not to mention abundant electricity and also fertilizer to insure their food supply.

That’s why Curry has this sarcastic salvo for alarmists: “Congratulations to all the proselytizers of climate doom, you have finally demonstrated an actual adverse impact of climate change that is actually caused by humans – psychological distress.”

Government has totally failed to interrogate climate action advocates and runs policy formulation ad hoc and in panic. Like throttling fossil fuel production before securing a reliable (as distinct from so called renewable) replacement for them. File under ‘Criminal Negligence by Government’. Don’t blame the activists: it’s cabinet that makes the decisions.

John Kerry, the US ‘climate tsar’, is not the only politician looking foolish as the zealotry manifests; Australia’s Chris Bowen, our own ‘climate tsar’, has a firm hold on the Global Alarmist of the Year Award, doggedly demonstrating his extraordinary and smug hubris (that is well earned tautology) in ignorance about his portfolio topic. The results are clear to see in energy chaos and public harm. All due to the straw man. Would we find it acceptable for the Education Minister not to know the alphabet?

The futility of destructive emission reduction policies pursued by Australia’s various climate change-besotted governments is underlined by the risible fact that we produce a little over 1% of the trace gas in the atmosphere (of the 0.04% in total) that we are being forced to try and eliminate.

But don’t laugh, it’s not funny: we should find such ignorance at the highest levels of governments – state as well as federal – unacceptable.

Andrew L. Urban is the author of Climate Alarm Reality Check (Wilkinson Publishing), whose offer to donate all his royalties to Save the Children was refused “as it appears to be spreading misinformation about the climate crisis”.