Kim Slater: How I became involved in newDemocracy

Like the majority of Australians, I consider myself to be a swinging voter. I don’t belong to a political party, but I have a keen interest in good policy making. In my opinion, democracy and politics have parted ways in this country. 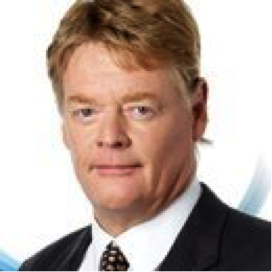 I’ve had an insider’s view of the system. Running a financial business and popping up occasionally in the business pages gets you on the election fund -raising hit list. The invitation is to write a cheque. The more zeroes, the more your voice will be heard -the political zeitgeist serves the needs of the politicians and the donor, but not it seems the electorate ie us!

After the last federal election, getting shouty at the TV over policies that both sides borrowed from real estate – speak, my family suggested (for their sanity I suspect) that a call to action was required. I was frustrated by the lack of options. What to do? Join a political party? But this was the very same thing that I had been rejecting.

Investigation revealed that most football clubs had bigger memberships than the respective ‘L’ labelled political parties. Football strategy, over a few beers, is definitely more interesting than asinine issues of branch stacking or which political faction at the branch meeting is controlling the light switch. The popularity of fringe political parties emphasised to me how Australian voters, with nowhere else to go, were disgruntled with mainstream politics.

Politics, for me, has become a parody of itself. It is as Groucho Marx said – “the art of looking for trouble, finding it everywhere, diagnosing it incorrectly and applying the wrong remedies.”

There had to be a better way. At a grass roots level, apart from voting every three years, the avenues seemed limited for people like me and you to engage in democracy. Yes you can join a political party or form your own. But parties and politicians don’t have a monopoly on common sense and good ideas. People of all ages and different experiences have something here to contribute – this is not just the prerogative of special interest or “squeaky wheel” groups.

How could like-minded people harness this vast untapped resource? That was my question.

The hallelujah moment for me was when I read one of Luca Belgiorno-Nettis’ op-ed Sydney Morning Herald pieces on New Democracy in late April. It was ‘ get off the couch’ stuff. Here was an idea of re-engaging with the community on issues and matters great and small; of using juries of everyday, randomly-selected people; of researching what makes democracy tick in this day and age; of asking people for their ideas and input. Here was an idea about re-engaging politics with democracy which would ultimately lead to better policy.

On one hand, trying to change our democracy is completely crazy – a true fool’s errand. Yet the more I looked at the idea, the better it seemed. Not just from a point of view of being more representative, and not just because diversity of people in a room can generate better decisions, but because I realised how hard it would be to corrupt.

Democracy is a holy grail worth preserving. In true Monty Python tradition, Democracy is like the Black Knight who has suffered a series of flesh wounds – but none of them fatal. if New Democracy is good enough for me to believe in and to participate in, then it’s good enough for you to be involved in . For years I was asked to make a civic contribution by writing an ugly cheque. This week I’ve done that.