Anger itself fires furies of ISlam

It’s not a mistake: I fully intend to write it as ISlam, highlighting the inbuilt anger in the very title of the religion that is setting the world on fire. By Andrew L. Urban.

I found an article about Andy Murray’s angry behaviour on the tennis court at the Australian Open (February 1, 2015), in the next day’s New York Times instantly transferrable to the world of I Slam terrorism, with its ever-angry faces and postures.

“As Carol Tavris and Elliot Aronson, two leading psychologists, point out in a marvellous essay, shouting and wailing makes you more frustrated, not less. 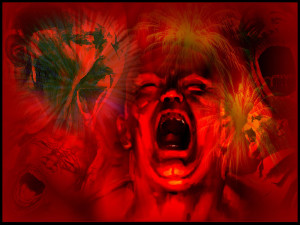 “When people vent their feelings aggressively they often feel worse, pump up their blood pressure and make themselves feel even angrier.” This is now one of the most well-established findings in psychology.

“Murray’s anger intensified. He started to turn it on himself. It was a downward spiral that matched, with eerie similarity, a study by Michael Kahn, another psychologist, who found that volunteers who expressed their anger (after getting insulted), became more angry, and expressed themselves even more forcibly.”

It’s as if they were writing about insulted Muslims ….

Which in turn reminded me of this, by Louise Jury, published in The Independent, December 19, 1999:

“EDWARD DE BONO, the guru of creative thinking, has been called in by the Foreign Office to help sort out the Arab-Israeli conflict. Ever willing to help, he has conjured up a solution straight from a jar – Marmite. 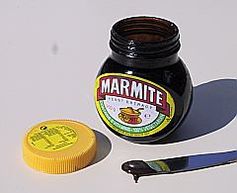 The celebrated master of lateral thinking is promoting supplies of the yeast extract spread as the means to resolve the region’s seemingly intractable problems.

The logic, briefly, is this. A lack of zinc makes men irritable and belligerent. You get zinc in yeast, which is fine for your average lover of Mother’s Pride. But in the Middle East, the bread is unleavened. Ergo, the great man says, Marmite is the answer to easing the way to peace.

Dr de Bono gave two lectures to the Foreign Office last week. The first was open to several hundred officials at all levels and was packed out. For the second, the Middle East team won a bid for a special dedicated session.

Speaking afterwards, Dr de Bono said that the classic approach to problem- solving was to identify the problem and then try to remove it. In world affairs, however, many of the problems were not eradicable. Diplomacy meant working round them. “That’s the kind of thinking I try to encourage,” he said.

He was confident his zinc theory would be proved if only hospitals in the Middle East would co-operate in tests. But he conceded they probably would not.”