The moment is right for fresh thinking in order to dispatch the old and stale Palestinian-Israeli conflict, writes Daniel Pipes.*

With Arabs focused on other issues – the Iranian nuclear weapon build-up, civil wars in Libya, Yemen, Syria, and Iraq, Turkey going rogue, the Islamist surge, and the water drought – hoary anti-Zionist taboos have lost much of their pungency. A prosperous and strong Israel has lost hope in decades’ worth of “peace process.” The cowboy in the White House likes breaking with precedent. And the global Left’s turn toward antisemitism, exemplified by Jeremy Corbyn of the British Labour Party, adds further reason for urgency; when it eventually holds power, the implications for Israel will be dire.

Conventional wisdom holds that the Arab-Israeli conflict will end only when the Palestinians’ grievances are sufficiently satisfied so that they accept the Jewish state of Israel. This paradigm has reigned almost unchallenged since the Oslo Accords of September 1993; yet, that 25-year period has also made clear that Palestinians in overwhelming numbers (I estimate 80 percent based on scholarship and polling data going back a century) seek not peaceful co-existence with Israel but the brutal elimination of the “Zionist entity.” With such attitudes, it comes as no surprise that every round of much-hyped negotiations has eventually failed. 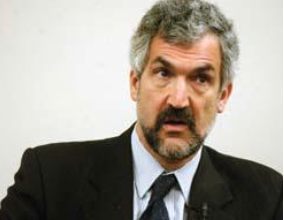 I shall propose an entirely different approach to resolve the conflict, a reversion to the strategy of deterrence and victory associated with Zionism’s great strategist, Vladimir Jabotinsky (1880-1940): Israel should aim not to please its enemies but to defeat them. Counterintuitively, I shall show why Palestinians need precisely such an Israel Victory to slough off their current oppression, extremism, and violence, and to become a successful people.An understanding of today’s situation requires going back to the aftermath of World War I and the emergence of Hajj Amin al-Husseini, the first modern Palestinian leader. He initiated a policy of rejectionism, of absolute refusal to accept any aspect of Jewish presence in what was then the British Mandate of Palestine.

A century later, that rejectionism remains the dominant strain of Palestinian life. Political differences tend to be tactical: Better to eliminate Israel by negotiating with the Israelis and winning benefits from them, or stick to the consistency of pure rejectionism? The Palestinian Authority (PA) deploys the first tactic, Hamas the second.

Over a 75-year period, 1918-93, the Jewish community in what is now Israel responded to rejectionism with deterrence, the policy of dissuading its enemies from aggression by threatening painful retaliation. However imperfectly applied, deterrence helped Israel evolve from the prospective prey of 1948 into the military powerhouse of 1993. Yes, even as Israel became a democratic, innovative, affluent, and mighty country, the basics stayed in place. Ideologies, tactics, strategies, and personnel changed, wars and treaties came and went, but Palestinian rejectionism stayed stagnantly constant.

By 1993, frustrated with the slow-moving and passive nature of deterrence, Israel’s impatient citizenry opted for an immediate resolution with the Palestinians. In the Oslo Accords, each of the two parties promised the other what it most wanted: recognition and security for Israelis, dignity and autonomy for Palestinians.

In their haste to end the conflict, however, Israelis made three profound mistakes that summer morning on the White House lawn: (1) Granting Yasir Arafat, leader of an unofficial, dictatorial, and murderous organization, diplomatic parity with Yitzhak Rabin, prime minister of a democratic and sovereign state. (2) Believing Arafat when he claimed to recognize Israel, when in fact he (and his successors) still sought Israel’s elimination, now enhanced by his controlling two adjoining pieces of territory, the West Bank and Gaza. (3) Making concessions under the illusion that wars conclude through goodwill, when concessions actually had the contrary effect of signaling weakness and thereby amplified Palestinian hostility.

These mistakes, tragically, turned a would-be “peace process” into a counterproductive “war process.”How to escape this 25-year dead end?The study of history shows that wars typically conclude not through negotiations but through defeat and victory. According to the military historian Victor Hanson, “Conflicts throughout history become serial when an enemy is not utterly defeated and is not forced to submit to the political conditions of the victor.” Defeat means giving up war ambitions. Victory means successfully imposing one’s will on the enemy.

It’s a simple, universal truth that Palestinians well understand. In July 2017, Fatah declared that the “campaign for Jerusalem has effectively begun and will not stop until a Palestinian victory and the release of the holy sites from Israeli occupation.” Nor are they alone; thinkers and warriors in all eras concur on victory as the goal of warfare. For example, the ancient Chinese strategist Sun Tzuwrote “Let your great object be victory.”

U.S. general Douglas MacArthur stated that “It is fatal to enter any war without the will to win it.” Victory is an intuitive human goal that only overly-sophisticated moderns could lose sight of. Therefore, to gain Palestinian acceptance, Israel must return to its old policy of deterrence, of punishing Palestinians severely when they aggress. One example: When three family members were murdered in July 2017 while sitting down to Sabbath dinner in the Israeli West Bank town of Halamish, the Israeli response should have been to construct new buildings in Halamish and extend its boundaries.

If Palestinian defeat is good for Israel, it is ironically even better for Palestinians

That’s deterrence; it’s more than tough tactics, which Israeli governments already pursue; it means developing consistent policies to break rejectionism and encourage Palestinian acceptance of Israel. It implies a strategy to crush irredentist Palestinian ambitions so as finally to end the demonizing of Jews and Israel, recognize historic Jewish ties to Jerusalem, “normalize” relations with Israelis, close the suicide factories, and shutter the entire machinery of warfare. This process will be neither easy nor quick: it requires Palestinians to suffer the bitter crucible of defeat, with its attendant deprivation, destruction, and despair. Unfortunately, there is no shortcut.

A change of heart implies, not just a permanent absence of violence against Israelis but shutting down completely, everywhere from the United Nations to the university campus, the Palestinian-driven campaign of delegitimizing Israel. If Palestinian defeat is good for Israel, it is ironically even better for Palestinians, who will finally be liberated from ugly ambitions, revolutionary rhetoric, and genocidal fantasies. An educated and skilled people can then improve its life by building its polity, economy, society, and culture. Think of this as a miniature version of post-1945 Germany. And if diplomacy is now premature, issues such as Jerusalem, borders, and resources can be fruitfully discussed after a Palestinian defeat. The two-state solution, an absurdity at present (it means asking Israel to strengthen its mortal enemy) will make good sense after a Palestinian defeat.

Like all outsiders to the conflict, Australians face a stark choice: either to endorse the Palestinian goal (explicit in the case of Hamas, implicit in that of the PA) of eliminating Israel or to support Israel’s goal of winning its neighbors’ acceptance. To state this choice makes clear there is no real choice – the first is aggressive, the second defensive; one is barbaric, the other civilized. No decent person can sanction the Palestinian goal of destroying a flourishing country.

Every prime minister since Ben Chifley and every parliamentary resolution and vote since his time has confirmed that Australian governments stand with Israel’s drive to win acceptance (even if they disagree how this is to be achieved).Western powers should support an Israel acting within legal, moral, and practical boundaries to take the steps necessary to win. They should move their Israel embassies to Jerusalem, reject the Palestinians’ claim of Jerusalem as their capital, stand by the Israel Defense Forces when it punishes savagery, and join U.S. ambassador to the UN Nikki Haley in denouncing the “Palestine refugee” farce whereby some children born today are deemed refugees.

Who will lead the way?

Starting about a year ago, the organization I head, the Middle East Forum, has not only promoted the idea of Israel Victory but organized Israel Victory caucuses in both the Israeli parliament (26 members from 7 political parties) and the U.S. House of Representatives (a bipartisan group of 33 members). In both bodies, caucus members agree that Palestinian-Israeli negotiations are premature until Palestinians accept the permanent existence of the Jewish state; and that Israel Victory is the best way forward. Our goal is for Western leaders to urge Israel to seek victory.

Even opponents of this idea recognize its impact. Writing about Amb. Haley, Palestinian commentator Daoud Kuttab wrote that she “seems to repeat verbatim the Israeli and pro-Israeli lines of people like Daniel Pipes.” The Guardian newspaper, among others, suggested that Donald Trump moved the U.S. embassy to Jerusalem under the influence of the Israel Victory Project.

Following a visit to Australia earlier this month, when I discussed this idea in private conversations, public talks, and in the media, I am now hoping for the start of an Australian movement and parliamentary caucus.

Mr. Pipes (Pipes@MEForum.org, DanielPipes.org, @DanielPipes) is president of the Middle East Forum. He recently visited Australia as a guest of the Australia/Israel & Jewish Affairs Council.

This article first published on March 24/25, 2018 in The Australian