The following speech was recorded on a mobile phone by the head waiter at the Climate Council’s ‘sorry dinner’ in December 2017, held at the temporarily re-purposed $608 million a year Dalyston desalination plant in Victoria and narrowcast to Council dinners at desalination plants (likewise temporarily repurposed) in WA, NSW and the Gold Coast. (Thanks to The Speccie for the transcription…)

Welcome to the Climate Council’s ‘sorry dinner’. I am Tim Flannery, and I am a climate change addict. Rather, I was. This is my mea culpa, and my last official function as your figurehead. (audible murmurs – some of disappointment – from the attendees)

Right up front I wish to place on record my sincere apologies to the Australian people, to all policy makers, to science in general and to genuine, honest climate scientists in particular – and to all those so called deniers who I denied the courtesy of an informed and rational discussion. I am ashamed to say that I’ve been too easily converted by the missionaries of global warming and I realise that warnings of imminent global catastrophe due to humans burning coal are over cooked, to say the least. 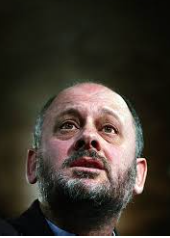 I acknowledge that anyone with a computer today can research the facts about the extent of scientific uncertainty as to the causes of warming and climate change – as I have just recently done. It seems most scientists do believe that there is a modest warming recorded since the little ice age, thankfully, and accept that there may be some forcing of it by our carbon dioxide emissions, but no-one has been able to calculate how much or how little.

As any scientist working in one of the many fields that study the climate will tell us, natural variability has produced major climate changes over the earth’s long existence.

They are the unknown bits which have been swept under the warm rug. The nation’s – and the world’s – policy makers were not helped by the hyped-up computer models and agenda-laden reports. I should have been alerted by the falsifying and manipulating of data to suit the ruling orthodoxy.

There was Michael Mann’s phoney hockey stick graph, Al Gore’s fact-free powerpoint evangelism, John Cook’s faked consensus and Phil Jones’ sleight of hand climate workshop in East Anglia trying to make the medieval warming disappear. The four whoresmen of the apocalypse … not to come. In recent months, our own Bureau Of Meteorology was discovered trying to falsify temperature data in service of a warming agenda.

They shouted ‘Fire!’ and I echoed them. I was wrong; and I was wrong repeatedly, stubbornly, blindly and arrogantly.

For example, I was embarrassingly wrong in May 2004 when I said ‘I think there is a fair chance Perth will be the 21st century’s first ghost metropolis.’

My next big public goof was costly. In September 2005 I said, ‘There are hot rocks in South Australia that potentially have enough embedded energy in them to run Australia’s economy for the best part of a century.’ For the Cooper Basin, I proposed the establishment of a fully sustainable city where, hundreds of thousands of people would live, utilising these geothermal energy reserves. I named the city, Geothermia and in 2007, an exploration company was established. The company expected to raise at least $11.5m and I took up shares in the company. In 2010, the year prior to my $180,000 appointment as the part time Chief Commissioner of the Climate Change Commission, the Federal Government provided our company with $90m for the development work. Six years later, in August 2016, the geothermal energy project closed as it was not financially viable.

Sorry about that, taxpayers.

Just as Geothermia was being set up, I forecast that even the rain that falls isn’t actually going to fill our dams and our river systems and that Adelaide, Sydney and Brisbane water supplies are so low they need desalinated water urgently, possibly in as little as 18 months, making a strong case for desalination plants … well here we are in one of them now, used as a canteen – but at this dinner I’m eating crow. The water on the tables tonight, by the way, comes from a nearby dam. I am told the average storage level in Victoria’s dams these days is over 66%.

This mea culpa has been informed by a combination of opening my mind to the broad range of scientific discussion on the subject of global warming – or climate change as we have had to call it – and a glance at the observed experience. I did the research, in other words. I now realise that it was my early and acclaimed scientific contributions in mammalogy and palaeontology that had given me a platform as a scientist on which my false sense of confidence in any aspect of science could be exercised. I failed to recognise that climate is a ferociously complex field of science, and scantly understood, notably by me.

But let’s face it, in 1980 I had discovered dinosaur fossils on the southern coast of Victoria. In 1985 I played a role in the ground breaking discovery of Cretaceous mammal fossils. So here I was, a leading scientist. Licence to pontificate, I thought.

None of these successes really gave me expertise on or insight into climate science, but as Julia Gillard had appointed me Climate Commissar … er, Commissioner, I had the authority to describe the bleak future I saw with, well, authority. I became Tim Inflammary – and I was in sync with the groupthink. I was certain that we were burning the planet, drying the earth, darkening our skies with pollution. I understood the dangers. No, I knew the dangers. A classic case, sadly, to prove Charles Darwin’s apposite observation that ignorance more frequently begets confidence than does knowledge.

I scoffed at those we call deniers and was outraged when in September 2013, incoming Environment Minister, Greg Hunt, rang to sack me and shut down the Commission. (audible murmurs) A smack in the face for those wishing to save the planet. We’re all doomed, I thought. Seems silly now …

So stubborn was I about the need to mobilise public opinion and scare the Government into expensive action, we privately launched the Climate Council as its replacement, and even raised a million dollars. Sorry about that, also.

Like so many others, I had latched on to all those alarming scenarios that Al Gore put in his film – and its silly sequel – and I became a believer. A missionary. A zealot. There was so much confidence claimed in the projections of the world’s scientists – or at least those who worked as a group and cross-reviewed each others’ papers – that I, a scientist myself, forgot the golden scientific rule, to be sceptical. Indeed, I denounced scepticism. I failed to understand – or remember – that if you find good scientific evidence, you don’t have to say you are ‘confident’ in it, like the IPCC kept saying about their model driven reports. They had various levels of confidence in their forecasts; confidence to the IPCC was like fingers crossed. 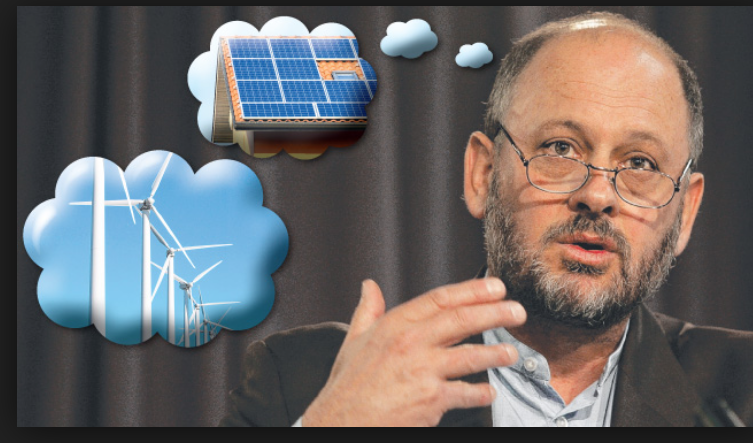 When I started at the Climate Commission, I felt I was needed, a wonderful feeling… Tim Flattery Inc was born, the ‘go to’ climate spokesman. I was going to make Australia shut down the coal industry. It didn’t quite register with me that cutting down our miniscule output of CO2, to the already minute volume of total CO2 in the atmosphere, would be – and I quote from something I read – akin to trying to lose weight by cutting off my little toe with a blunt, rusty razor.

And thanks to Julia Gillard’s team, I had the imprimatur of the Government behind me; I was one who must be obeyed, to be taken seriously, at least by the ABC and Fairfax. They all encouraged me: the politicians, the Sydney Warming Herald and the rest.

I can’t be sure when exactly I began to doubt my certainty in the faith but Clive James’ article in The Australian on June 3, 2017 was the tipping point, as Al Gore might say. The headline said ‘Western climate change alarmists won’t admit they are wrong.’ Now, I have been – and still am – a big fan of Clive James as a writer and a thinker, and when I saw my name in his article, my heart skipped a beat. This is how he referred to me … savagely:

“To take a conspicuous if ludicrous case, Australian climate star Tim Flannery will probably not, of his own free will, shrink back to the position conferred by his original metier, as an expert on the extinction of the giant wombat. He is far more likely to go on being, and wishing to be, one of the mass media’s mobile oracles about climate. While that possibility continues, it will go on being danger­ous to stand between him and a television camera. If the giant wombat could have moved at that speed, it would still be with us.

The mere fact that few of Flannery’s predictions have ever come true need not be enough to discredit him, just as American professor Paul Ehrlich has been left untouched since he predicted that the world would soon run out of copper.”

Thanks Clive … but at least he didn’t go into the details of my strongly contested claims about the giant wombat’s extinction, blaming the Aborigines a few thousand years ago. That’s not for tonight … or I’ll run out of mea culpas.

In short, Clive touched a nerve. Sure, others had said similar things, but from the pen of the great Clive James, this gnawed at me. I put down the paper and looked at myself in the bathroom mirror and asked; Am I really so insular and so self-unaware as not to recognise how ridiculous I have made myself?

The bathroom mirror nodded back. The next day, I went out and picked up a copy of Ian Plimer’s latest book, The Climate Change Delusion and the great electricity ripoff ….. all I can say is mea culpa my friends – and my enemies.