Australia does NOT have the permission of Indonesia’s President to relocate our Israel embassy from Tel Aviv to West Jerusalem and both (post-Bali visit) Malcolm Turnbull, and The Australian’s Editor at Large, Paul Kelly are admonishing Prime Minister Scott Morrison for even thinking about it.

Kelly writes (31/10/2018): There is no question Turnbull was unnecessarily provocative in his public comments afterwards. He made clear the President’s serious concerns about the embassy issue and warned that if Morrison proceeded there would be “a very negative reaction in Indonesia” — decoded, that means the trade deal may be lost in the parliament. Even more provocatively, Turnbull said that as PM he had ­assessed the embassy option and decided against it…. You silly boy, Turnbull and Kelly might have added.

Appeasement or moral cowardice has never had much appeal in foreign affairs – or anywhere else for that matter. The world despises cowards. Turnbull and Kelly argue that Australia might be punished by Indonesia by abandoning trade and/or security cooperation. Frankly, that is preposterous – but also highly unlikely. A puffed up bluff.

This attempt at bullying reveals the real character of Indonesia’s political class. It’s not pretty. 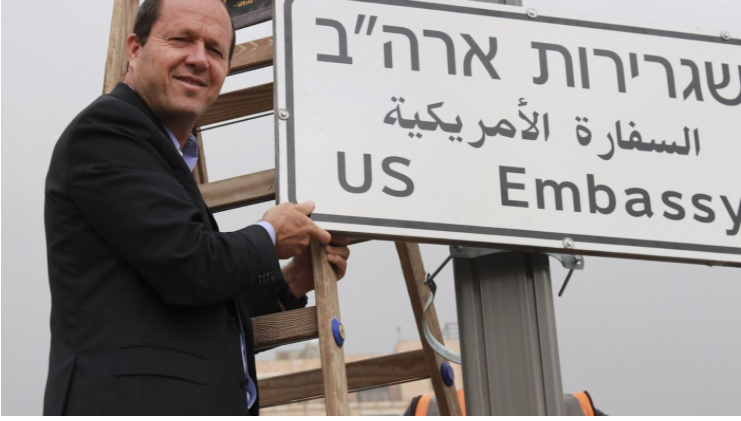 Turnbull and Kelly urging the Prime Minister to buckle to this pressure in such strident tones reveals a twisted loyalty to Australia; if it’s well meaning, it is foolishly so. And it is counter productive. If Turnbull had returned with this message in private, it may have avoided the obvious reaction from Morrison: digging in. Rather than fold, Morrison has no option but to double down and state that whatever decision is finally taken, it will be Australia’s decision alone. That must be so.

Hoping to take the high ground, Kelly makes things worse by issuing a pompous warning: Beware, above all, any phony tough Australian mantra along the lines that “we won’t allow ­Indonesia to dictate to us”. That would be the reaction of a stupid country too stubborn to correct its blunders.

It is neither phony nor tough nor stubborn: it is the only correct response.

Kelly is in full (Turnbull protective) scaremonger mode: This is no time to pander to the small-minded, obsessive conser­vative lobby with its anti-Turnbull mania. Turnbull is not the issue. The issue is the future of Australia’s relations with Indonesia: whether we now have a government ignorant of two generations of experience in how to manage Jakarta, whether the trade agreement with Indonesia — that President Joko Widodo is prepared to sign — will survive, or whether ­relations will deteriorate suddenly.

I still admire and respect Paul Kelly, but not as much … And it is unfortunate that the Indonesian President’s displeasure was conveyed without any clear rationale and that Kelly offered none either. What would be so offensive about the move? Kelley recognises that The final status of Jerusalem will be ­determined as part of any two-state peace settlement — which, unfortunately, seems far away.

The bottom line is that most Muslim leaders feel confronted by the full recognition of Jerusalem as Israel’s capital by such a tangible affirmation. But then, they would say that …Their historic claims are affronted – even though they know full well that West Jerusalem will never be anything but Israel’s capital. Most of Europe’s ambassadors boycotted the celebration of the US embassy move. But 32 nations, including those of Eastern Europe, joined in. The yelling soon died down.

This episode has been a major political miscalculation by all concerned. The Indonesian President will not be obeyed; Turnbull and Kelly’s admonishments will not be respected; Kelly’s standing as an astute political commentator has been damaged; the political fallout will hurt both Australia and Indonesia. It’s carnage. And it could and should have been avoided; Morrison was Mr Nice Guy to Turnbull and President Widodo. In the realm of realpolitik, Nice Guys get smacked.