A standard political tactic (of all sides) is to paint your opponents as inhumane or wreckers and wilful destroyers of Australian well-being and happiness. This rings false and voters sense it. It sounds ridiculous, if you think about it. No matter how much we disagree with our political opponents, it is absurd to suggest that either major party formulates policies to intentionally hurt citizens. (Perhaps the only exception to that is Labor’s resurgent socialist instinct to wage class war against the rich and against big business. That’s the very people who create Australia’s wealth. Arguably that is malicious … and rather dumb.)

The demonisation of political opponents is a fixed part of the election armoury. There are rockets of righteousness ready to fire on most issues, and flamethrowers of faux outrage aimed at policies perceived as an attack on equality, say. But it is irrational. Painting your opponents as malicious doesn’t stick because it doesn’t (usually) have the ring of truth. But painting them as incompetent, that hits where it hurts and most voters will nod in eager agreement, especially in the context of an election.

From disastrous border protection policy to pink batts to school halls to managing the economy and balancing the budget, Labor has repeatedly shown that it is genetically stunted in turning good intentions into successful outcomes. It doesn’t set out to mess things up, that’s just how things turn out for them. According to Hanlon’s razor, “Never ascribe to malice that which can be explained by incompetence.” 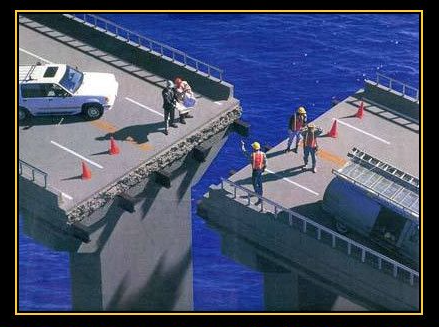 ‘Incompetence’ would be the most powerful election slogan against Labor in the run-up to the next election. Take its recently announced policies on negative gearing, the capital gains tax and franking credits on shares:

Business columnist Terry McCrann put it succinctly in The Weekend Australian (Nov 3,4): “Labor certainly has not the slightest idea what the policy combination will do to the capital formation process and to investment decisions and outcomes…”

“The opposition has vowed to limit negative gearing to newly built homes and halve the 50 per cent capital gains tax discount.

But writing in The Australian today, Treasurer Josh Frydenberg said two-thirds of people with negatively geared properties had a taxable income lower than $80,000.

“Those accessing negative gearing are people that the public would not necessarily consider rich,” he said.

As for Labor’s muddle headed franking credits policy…Noel Whittaker in the Sydney Morning Herald (April 8, 2018) noted: “Labor’s latest attack on franked dividends is not a tax on the wealthy – it is a tax on widows. Let me show you step-by-step. The imputation system, which avoids dividend income being taxed twice, will stay in place – what Labor proposes is to abolish the refund of excess franking credits. The only way you can have an excess franking credit is to have a low income. Therefore, the only possible targets are low income earners, and superannuation funds, where the tax rate varies between zero and 15 per cent.”

We remember how Labor’s ideologically driven mining tax justified hefty spending commitments but failed to bring in the revenue to pay for it. Since the days of Old Labor stalwarts Hawke and Keating, New Labor drops the ball on economic policies like a struggling amateur juggler.

Nobody really believes that a political party sets about the destruction of the economy or goes about causing discomfort or pain among citizens on purpose. But it is entirely credible that through incompetent management, poor policy formulation and misguided ideology, damage is done. Unintended consequences…

For instance, Labor’s renewable energy targets make your nose bleed; they would have severe consequences, while the policy produces absolutely nothing of benefit. The only ones to gain from this policy are rent seekers investing in the heavily subsidised renewable industry. Like the Turnbulls and the Al Gores. As Australia’s Chief Scientist has stated at a Senate Estimates hearing, not even a 100% reduction in Australia’s carbon dioxide emissions will make any difference to the climate. But it will make the Turnbulls and the Al Gores richer.

Labor’s is not an evil plot to destroy Australian industry and freeze pensioners and grandma in winter; it is not intentionally destructive and cruel. It is much worse that that: it is incompetent, ignorant destruction. It is a catastrophically mistaken policy and should be exposed as such.

Here is a pre-election suggestion for the Coalition: run a campaign pointing to Labor’s incompetence, in parallel with one debunking the fallacious claims around climate change. Perhaps start with Al Gore’s observation in an interview on PBS the other day, when he said the language used by the Intergovernmental Panel on Climate Change in its report on limiting global warming to 1.5C had been “torqued up” a little to get the ­attention of policymakers. Torqued up = lied.

Or with a brief extract from the letter sent in June this year to the President of the Geological Society of London, written by Howard Dewhirst FGS and signed by 33 current and former Fellows of the Society.

” … it is not true that 97% of scientists unreservedly accept that AGW theory is fixed … We also note that 700 scientists have made submissions to the US Senate expressing dissent from the consensus. “ 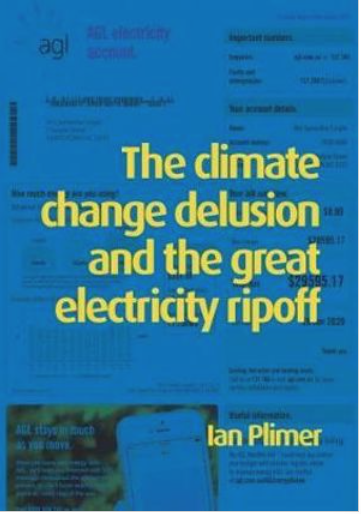 Labor’s renewables target flies in the face of the real science; it is another potential but avoidable disaster drawn from the quagmire of incompetence.