It seems that Islam is causing massive waves of mental illness around the world. If we collate the responses to Muslim terror attacks from a wide range of politicians – including leaders – commentators, journalists and security officials around the world, it becomes obvious that Islamic jihadis are all suffering from mental illness. Perhaps the SAME form of mental illness, which causes them to attack strangers often at the risk of their own lives. An amazing coincidence – or evidence of the Koran causing unique disease.

The spread of such disease is deeply concerning and impacts on many people living not only in the West but in Pakistan, Afghanistan and Iraq, among other places where Muslim jihadis have bombed, shot or run down civilians, including some whose adherence is to a different sort of Islam. 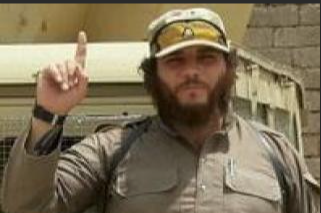 Police say Bourke Street madman Hassan Ali had become an online friend of Khaled Sharrouf (left), Australia’s most notorious ­jihadi. But while he was originally identified as a terrorist, he was soon diagnosed (long distance) by Dr Gillian Triggs, during an appearance on ABC TV’s Q&A (12/11/18). “In so many of these instances of terrorist acts in Australia, designed to terrorise, they’ve been by people with profound mental disturbance and/or drug abuse, substance abuse of one kind or another. And to ignore that reality is very foolish indeed.

“Most importantly we need more support for those with mental illness … I think to ignore this phenomenon of mental illness fuelled by drug abuse, and to say it’s purely an ideological terrorist attack, is a very unhelpful comment because it diverts us from those kinds of inquiries that we need to make.”

Nobody asked Dr Triggs how the drug abusing mental patients of faiths other than Islam managed to cope without performing acts of terror. Nor did anyone on the Q&A panel, not even host Tony Jones, asked her to explain the jihad that is fuelling organised terrorism in terms of drug abusing mental illness.

And, reprehensibly, the World Health Organisation has done absolutely nothing about this epidemic of mental Islam-illness.