‘Believing in science’ is to not understand it

‘I believe in science’ is an homage given to science by people who generally don’t understand much about it. Science is used here not to describe specific methods or theories, but to provide a badge of tribal identity.  Which serves, ironically, to demonstrate a lack of interest in the guiding principles of actual science.” writes Robert Tracinski*, in his essay (March 26, 2019) entitled Why I don’t ‘believe’ in ‘science’.

For some years now, one of the left’s favorite tropes has been the phrase “I believe in science.” Elizabeth Warren stated it recently in a pretty typical form: “I believe in science. And anyone who doesn’t has no business making decisions about our environment.” This was in response to news that scientists who are skeptical of global warming might be allowed to have a voice in shaping public policy.

[I]t captures a lot of what annoys the rest of us about the “I believe in science” crowd. It reduces a serious intellectual issue—a whole worldview and method of thought—to a signifier of social group identity. 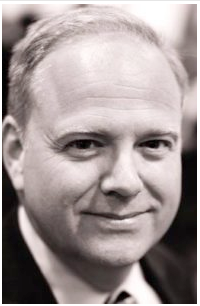 Some people may use “I believe in science” as vague shorthand for confidence in the ability of the scientific method to achieve valid results, or maybe for the view that the universe is governed by natural laws which are discoverable through observation and reasoning.

But the way most people use it today—especially in a political context—is pretty much the opposite. They use it as a way of declaring belief in a proposition which is outside their knowledge and which they do not understand.

There are a lot of people these days who like things that sound science-y, but have little patience for actual science.

The problem is the word “belief.” Science isn’t about “belief.” It’s about facts, evidence, theories, experiments. You don’t say, “I believe in thermodynamics.” You understand its laws and the evidence for them, or you don’t. “Belief” doesn’t really enter into it. #

So as a proper formulation, saying “I understand science” would be a start. “I understand the science on this issue” would be better. That implies that you have engaged in a first-hand study of the specific scientific questions involved in, say, global warming, which would give you the basis to support a conclusion. If you don’t understand the basis for your conclusion and instead have to accept it as a “belief,” then you don’t really know it, and you certainly are in no position to lecture others about how they must believe it, too.

Because science is about evidence, this also means that it carries no “authority.” The motto of the Royal Society is nullius in verba—”on no one’s word”—which is intended to capture the “determination of Fellows to withstand the domination of authority and to verify all statements by an appeal to facts determined by experiment.”

The purpose of the trope is to bypass any meaningful discussion of these separate questions, rolling them all into one package deal–and one political party ticket.

The trick is to make it look as though disagreement on any of these specific questions is equivalent to a rejection of the scientific method and the scientific worldview itself.

But when people in politics proclaim “I believe in science” what they’re doing is proclaiming a belief in the current consensus. Do you think Elizabeth Warren and Andrew Yang have given serious study to climate science? No, they believe in global warming and its preferred political solutions because they have been told that a consensus of scientists believes it (and because this belief confirms their own political biases). Notice that Warren’s statement was about a panel of scientists who are skeptical of global warming, led by a distinguished physicist, William Happer. When does a scientist count as someone who “doesn’t believe in science”? When he departs from the “consensus.”

FOOTNOTE: Commenting on the essay, Joe-Bob Miyazaki writes: When I see people engrossed in the most clever exertions on behalf of arguments that ultimately will lead to forcing others to comply with their “believe in” mentality—whether what they believe in is CAGW, or “political solutions”, or any other world-view that is antithetical to natural law and the scientific method—I immediately know that such arguments are immune to reason.

question: “Do you believe in climate change…” – see his book, The Climate Change Delusion and the Great Electricity Ripoff (Connor Court Publishing)

* Robert Tracinski has a degree in philosophy from the University of Chicago, worked as a security analyst for Morningstar and publishes the Tracinski Letter; his forthcoming book of essays is on Ayn Rand’s Atlas Shrugged.