China desperate to keep out of Tiananmen Square

China’s Communist Party fears a democracy movement arising from its own people far more than it fears any Western commentary. The more afraid of such a break out, the tougher its repressions, notably in Hong Kong, which it fears could ignite the mainland. And the upcoming June 4 anniversary of the Tiananmen massacre is concentrating its collective mind …

Perhaps we should see its recent actions and reactions in this light, to better understand – and therefore better deal with – the way it is lashing out in ugly rhetoric and bullying tactics around the world.

The symptom of China’s desperation is its forceful attempted rape of Hong Kong’s autonomy with its intention to achieve by new moves what it failed to achieve when it tried to have Hong Kong to legislate for extradition powers. The ambition is to insert itself as the island’s controller of the legal system, through which it can manipulate and suppress all aspects of life in Hong Kong.

As The Australian’s editorial put it (25/5/2020), President Xi “is imposing a ‘rule-by-diktat’ security law that will allow China’s feared security agencies to take effective control of Hong Kong. They will enforce bans on ‘secessionist or subversive activity’, the organising of so-called ‘terrorist acts’ and ‘activities of foreign and external interference’.

This objective is designed not just to stomp on Hong Kong’s democracy but to make sure it is contained and isolated from the mainland, where a spark of democracy could rapidly ignite the latent anger already fuelled by the mis-handling of the coronavirus outbreak and the brutal manner in which the people were forced to comply with isolation rules. But beneath the surface there is much more combustible resentment that has built up over years at the state’s authoritarian behaviour. We only hear slivers of news about the many dissenters and agitators who are being kept silent through the systematic terror machine of the state. 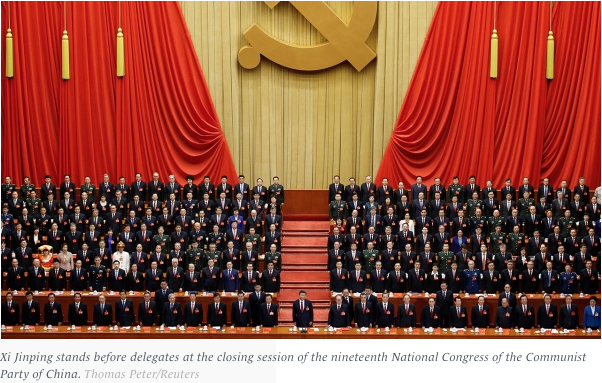 But the Communist Party of China knows communist history: repression can only hold back the people’s freedoms for a limited time and it has to keep escalating to maintain the suppression. The maintenance of the present regime requires massive security and surveillance resources, loyalty maintained by force of fear and favours, compliant security forces and total control of the media and interpersonal communications. That’s a big menu, even for a big state. One break out, triggered by one (perhaps relatively minor) incident can be the catalyst for a major uprising. 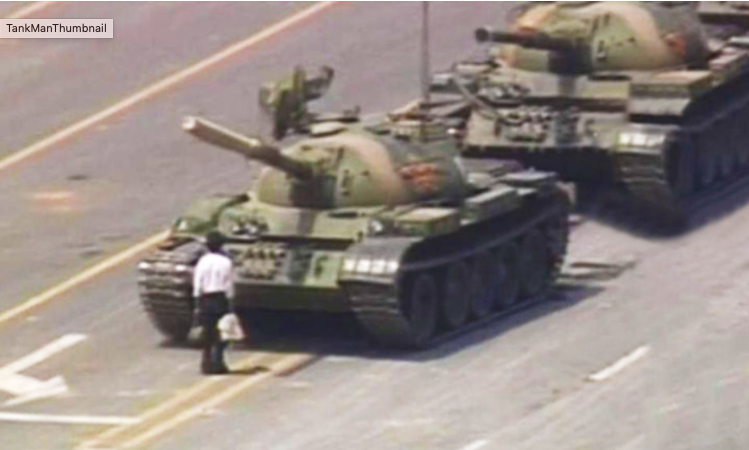 The people in Tiananmen Square on June 4 (the 31st anniversary of the massacre) could quickly become a lynch mob and turn on the security forces, triggering a nationwide revolt. Beijing is well aware of this and is doing its utmost to ban any reference to the 1989 human rights disaster. And by not allowing people to gather in the square …

China has become incredibly brittle. Listen to the tone of their propaganda. The coronavirus pandemic has focussed the world’s attention on its true nature as a dissembler, a nasty and amoral regime; it always was, but the West chose not to see it too clearly for fear of having to deal with that reality. Now the West can no longer look away.

So China is feeling the heat. Britain has finally seen the red light and Boris Johnson has scaled back Huawei’s involvement in Britain’s 5G network to zero within three years.

Dozens of countries – including the 27 EU nations – have jointly imposed an investigation into the outbreak in Wuhan – and even if its remit is blunted by China, these resolute nations have slapped China in the face.

Official Australia showed its backbone (not so who I call China’s whores, though) and stood firm in its role as a leader in forming a coalition of nations instigating that investigation. The country has confronted the reality of its interlocked trade relationship with China, and will work its way through that, notwithstanding China’s aggressive response to a thoroughly responsible and reasonable stand. China has bared its teeth more than ever, reminding us that the Chinese Communist Party is thuggish and its objectives are totalitarian.

China threatens major trade retaliation not just because Australia started the investigation talk but because the Chinese leadership feels shamed by a country it thought would always kowtow no longer doing so. The impudence of it! It goes to show the character of the leadership that it thinks bullying and threatening is the way to regain some of the authority it has clearly lost by virtue of being a superpower. It behaves more like a superbrat, a delinquent and malicious teenager with too many expensive toys and not enough responsibility.

(This would be a good time for Australia to pull nuclear energy out of the bottom drawer as long term insurance for our energy needs and a terrific export option. Nuclear energy within a decade is a distinct possibility, I gather. Less reliance on coal exports, say, would be a good thing, no?)

The US has used its considerable megaphone (as in President Donald Trump and Secretary of State Mike Pompeo for starters) to denounce China … again and again. And this time, not just on its trade practices, but its morality. Not only is China seen as a dishonest dealer but as a digital thief on a grand scale, an intruder into nations with which it deals and a vulgar monster on the world stage. This is the first display of such large scale public and international antagonism toward China – and if the Chinese people get the full sense of that, the Chinese Communist Party is in big trouble.

Happy June 4, China; may your Tiananmen Square be ever full and peaceful.