Yeonmi Park escaped hell on earth – millions have not

One Young World Ambassador Yeonmi Park’s emotional speech at the One Young World Summit 2014 in Dublin has found renewed attention online. Yeonmi’s video, in which she details her harrowing escape from North Korea, was republished on the ‘Higher Perspective’ Facebook page. To date, the video has been shared nearly 1.5 million times and gathered over 82 million views.

Harrowing but essential viewing for us in the bosom of freedom, a glimpse into the hell on earth that is North Korea. Unimaginable oppression and dehumanising is the daily routine. It may have been viewed 82 million times, so where is the public outcry and demand for global public condemnation of the regime, from the media, political leaders and the oh-so woke, self righteous, morality police on the left? 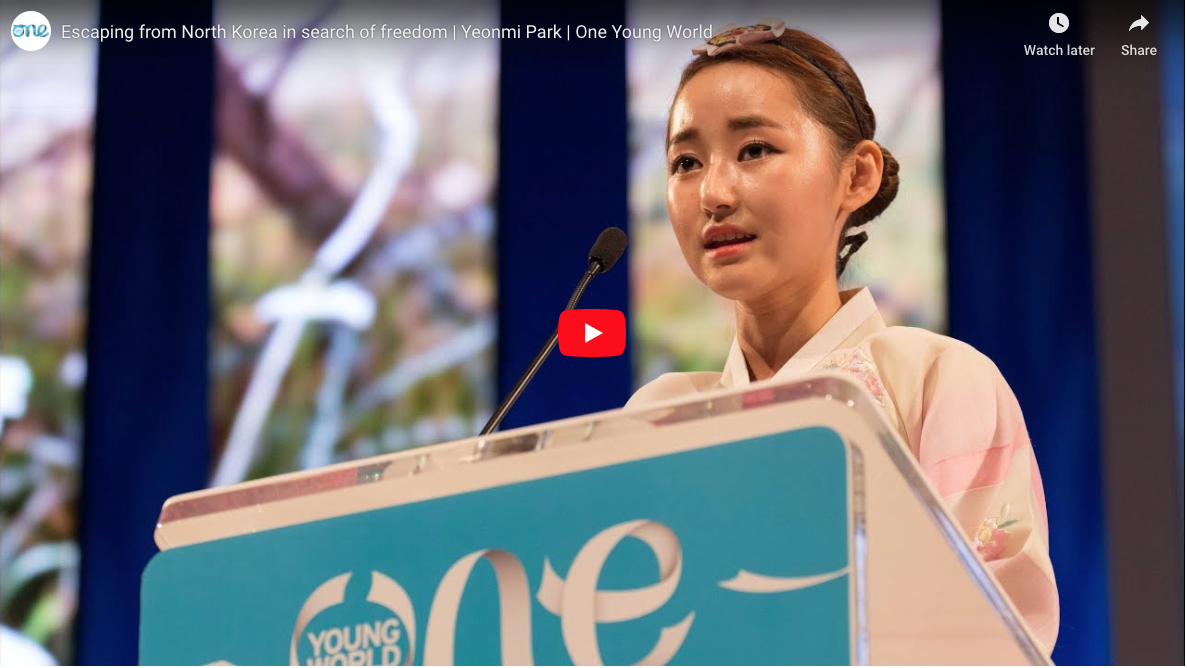