The Woke Brigade janitor has a million eyes

The elderly woman in the ground floor flat was the janitor of the apartment block and an informant for the party, the only political party permitted to function: the Communist Party. Everyone in the block knew it, even me and I was a kid. Budapest in the 1950s was full of such people, reporting politically incorrect speech, like black jokes about the ruling orthodoxy and its leaders. They spied out of fear, mostly, coerced into it.

This drab woman had power because the repercussions of her reporting on the comings, goings and sayings of those she observed were severe; not least an interrogation, a demotion, loss of job and career, and worse. Like being disappeared – cancelled. In other words, she was the walking-talking Big Brother among us. And we lived in fear of her eyes and ears.

That’s how I was politicised at an early age, aware that I had to mind what I said outside our home. Aware that if I didn’t wear the red neckerchief all ‘young pioneer’ schoolboys had to (a witless copy from the boy scouts), I’d raise suspicions that I and my family were defying The Party. I couldn’t repeat some of the things I heard at home for fear of someone denouncing the family as politically incorrect. 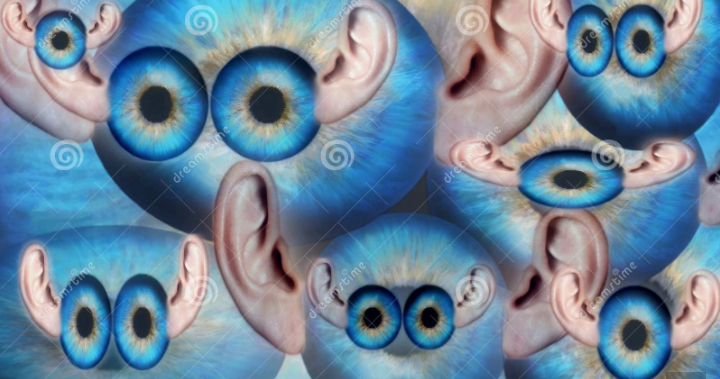 By now you will have picked up the echo that has bounced into our lives here in the contemporary Anglosphere. I escaped from Hungary in 1956, but I now find myself in a political time warp. The Party’s equivalent today is the Woke Brigade. Social media has replaced the old janitor with a million more eyes and ears. China’s Communist Party has taken our janitor to the technologically logical conclusion with its facial recognition system and ubiquitous cameras; Huge Brother Xi has eyes and ears literally everywhere, classroom, workplace, public space ….perhaps even inside some homes. So does social media.

The Woke Brigade is likewise alert to real and imagined ‘sins’ against political correctness. And it is just as ruthless with its own members. In 1950s Hungary (and all over the Soviet empire), party members were not spared from denunciation – which could be used as a weapon. Fear everywhere …

In Darkness at Noon, Arthur Koestler’s fact-based 1940 novel set in the Soviet Union, Rubashov, an old Bolshevik, is arrested, imprisoned, and tried for treason against the very government that he helped to create. It was not a unique case.

Woke Brigade member J. K. Rowling of Harry Potter fame is one recent example in the Anglosphere. What was she thinking to ridicule the Woke Brigade’s silly

‘People Who Menstruate’. She called them women. Rowling is too wealthy to suffer financially, although staff at her publisher threatened to stop work on her upcoming book, The Ickabog (out later this year). The lucky stars of the Harry Potter films felt the need to denounce her publicly. She is in the twitter stocks, pelted with rotten words by ‘friends’ and fans alike.

Social media is new janitor, the ugliest possible monster child of the old and new Communist systems of oppression: old school human combined with new school technology. ‘Follow The Party/Woke Brigade Line or be abolished – and we have ways of hearing your thoughts.’

Social media is rife with condemnations by narrow minded, foul mouthed, mean spirited cowards and bullies – just like the Communist Party I knew. As for the University-based academics, they are Woke Brigade Central, where the pursuit of knowledge and truth is itself politically incorrect, enemy of groupthink and the ruling orthodoxy. The precise opposite of the academic charter. Taxpayer support of these institutions is de facto encouragement of the Woke Brigade and its anti-democratic cause.

Media (with notable exceptions) claiming to speak truth to power have been captured, too, speaking lies to bullies, unable to see their role as useful idiots in a world hoodwinked by clever slogans like Black Lives Matter, which claim legitimacy by fraud, hiding their real purpose while delegitimising All Lives Matter.

The Woke Brigade has given cover to revolutionary activists who don the cape of political correctness to tear down statues that offend. To erase from the public square anything that they wish to ‘cancel’, on the way to tearing down our democracy, violently barring public speakers who threaten their march; ‘hate speech’ they call it, ignorant to the irony. They are ignorant or intolerant of everything of value.

Beneath the virtue cape is the festering virus of hate and destruction of Western society and democracy. They are the new Marxists, unburdened by the knowledge of its history of failures. 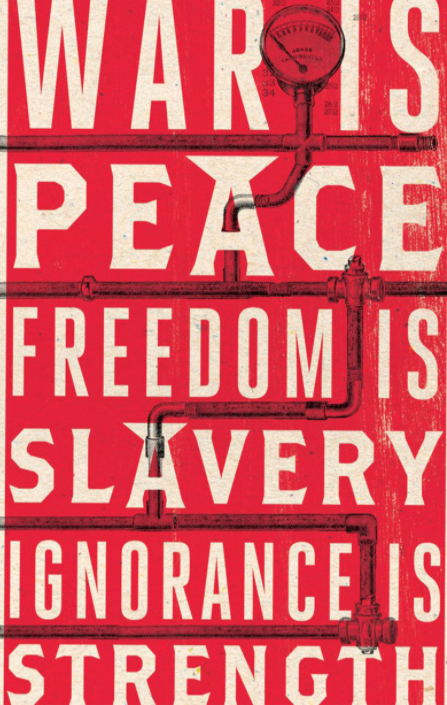 No, it’s worse than 1984, George Orwell’s famous book (written in 1948) which depicts a dystopian society ruled by the English Socialist Party’s omnipotent Big Brother’s totalitarian superstate, under the constant surveillance of the Thought Police, whose mission is the elimination of “thoughtcrime”. Orwell had Winston Smith as a worker at the Ministry of Truth rewriting history – unwillingly, unhappily. But Smith’s revolutionary sought freedom through love.

No, worse than Brave New World, too. Aldous Huxley’s famous book (1932) warns of the dangers of giving the state control over new and powerful technologies. But Huxley couldn’t imagine we’d go Woke and be actually complicit in the destruction of our humanity.

What have we done? Let’s put that question a better way: what have we allowed to happen? It’s what we haven’t done that matters. We didn’t see a Scared New World coming, even though we have read the books intended as warnings, not as manuals; and we had already seen it … in every Communist system past and present. We don’t have Communist governments in the Anglosphere and the Woke Brigade is not a feared agency of the state, although some state agencies are Woke-infected (eg public servants, the education sector, the ABC). These new janitors also want to make the rules of how we live.

I’m with the Greek philosopher Epictetus: “Is freedom anything else than the right to live as we wish?”

NOTE: Three days after this post was published, the Chinese government’s surveillance of ethnic minority groups in their own homes, in their cars and via their mobile phones was exposed in a major security leak, reported by Sharri Markson on Sky News and in The Australian.