Marxism is so yesterday

“The philosophers have only interpreted the world, in various ways. The point, however, is to change it.” These words of his are inscribed on his grave in London.

That political imperative was framed in the 19th century, almost 200 years ago, when the socio-political landscape was vastly different. Marx didn’t formulate his Communist Manifesto in a vacuum. He perceived a need to change the world around him. And he wasn’t the only one. It was published in 1848, a year full of upheavals: a series of republican revolts against European monarchies, beginning in Sicily and spreading to France, Germany, Italy, Poland and the Kingdom of Hungary (against the Austrian empire). They all ended in failure and repression and were followed by widespread disillusionment among the left. It was indeed a world that needed to change, a world structured on class and privilege.

The world around Marx was intolerant of his ideas. In 1842 he became the editor of the left wing Cologne newspaper “Rheinische Zeitung,” but the Berlin government banned it the following year. Marx left Germany—never to return—and spent two years in Paris, where he met his collaborator, Friedrich Engels. 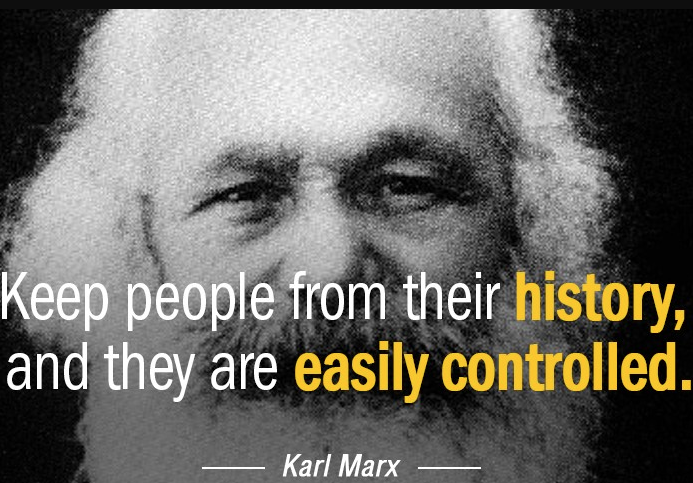 Chased out of France by those in power who opposed his ideas, Marx moved to Brussels, in 1845, where he founded the German Workers’ Party and was active in the Communist League. There, Marx networked with other leftist intellectuals and activists and—together with Engels—wrote his most famous work, The Communist Manifesto. Rather dated now, it contained the famous line: “Workers of the world unite. You have nothing to lose but your chains.”

Enlightened free market capitalism in the west has removed those chains of oppression – except, ironically enough, in communist China and North Korea.

After being exiled from Belgium, Marx finally settled in London where he lived as a stateless exile for the rest of his life.

Marx aimed to explain the economic impact of capitalist society, where a small group, which he called the bourgeoisie, owned the means of production and used their power to exploit the proletariat, the working class that produced the goods that enriched the capitalists.

He would not recognise today’s enlightened capitalism, in which workers’ rights are part of the wealth package, many with direct or indirect shares in the means of production. The working class is no longer the exploited, oppressed proletariat of Marx’s day.

Under socialism, society would be governed by the working class in what he called the “dictatorship of the proletariat.” He believed that socialism would eventually be replaced by a stateless, classless society called communism. Marx obviously had no idea what makes human beings tick. His idealism blinded him to reality. Sound familiar?

Reminder: Susan Rosenberg, the director of the fundraising arm of Black Lives Matter, is a convicted Marxist terrorist, who was pardoned by President Bill Clinton in his last day of office.