New laws proposed by Poland could implement massive fines for tech giants who censor users or remove posts for ideological reasons, according to the country’s Deputy Minister of Justice Sebastian Kaleta, the architect of the new law.

Kaleta said on Fox News (Feb. 17, 2021) social media companies have been targeting conservatives, Christianity, and traditional values by banning them or removing posts. 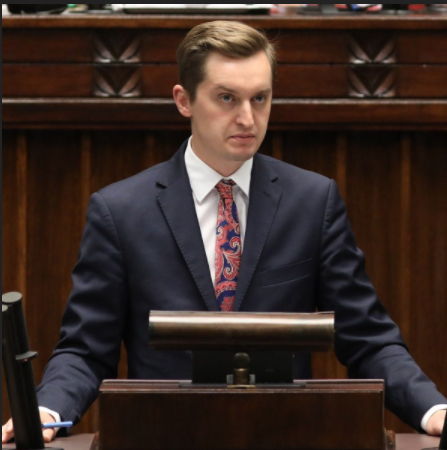 “We see that when Big Tech decides to remove content for political purposes, it’s mostly content which praises traditional values or praises conservatism,” Kaleta said, adding, “and it is deleted under their ‘hate speech policy’ when it has no legal right to do so.”

Under the new legislation, any platform that bans a user or removes posts for ideological reasons would face fines of US$13.5 million unless the content is also illegal under Polish law. An arbitration committee will be set up to oversee disputes.

“Freedom of speech is not something that anonymous moderators working for private companies should decide,” Kaleta said.

Roger L. Simon, award-winning novelist, Oscar-nominated screenwriter, co-founder of PJMedia, quickly endorsed Poland’s move. “What is inherent in their fines is forcing social media into being public squares without a flotilla of jejune twenty-somethings censoring every opinion they believe (or are told to believe) is out of line.

I generally lean libertarian but in this case I’m for putting that ideology aside (all ideologies have limitations) and making these companies public utilities.

Time for our politicians to put on their proverbial big boy (or girl) pants, give up those donations for a change and follow the lead of modern Poland.”