The Deep Rig and the Sharpie switcheroo

Working with what he calls ‘white hat hackers’ – cyber forensics specialists aka ‘cyber-ninjas, geeks, dolphin-speakers’ – Patrick Byrne* documents ‘How Election Fraud cost Donald J. Trump the White House – by a man who did not vote for him’. Byrne’s new book, The Deep Rig, includes charts, affidavits and links to sources, but its most powerful (and unexpected) elements are the details of his involvement, interactions and conversations with the inner circle of Rudy Giuliani, Sidney Powell, Michael Flynn and Donald J. Trump, before, during and after the 2020 election. Many of the white hat hackers remain anonymous but there is credible evidence exposing the fraud in Byrne’s unorthodox book.

“The final estimate of this (esteemed government) scientist (not named) is that Donald Trump probably got around 79 million votes and Joe Biden got 68 million votes. Through chicanery, Trump ended up with 74 million, Biden with 80 million. (Obama had won just under 70 million votes in 2012.) 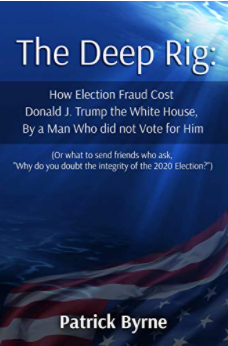 The Maricopa County ‘Sharpie switcheroo’: On election day Phoenix poll workers were focused on getting voters in certain precincts to use only Sharpie magic markers not ballpoint pens. We got numerous affidavits from voters who described having poll workers take pens away from them insisting they use Sharpies and affidavits from poll workers describing the management’s intense focus on election day. Precincts were to be scrubbed of pens and only Sharpies allowed. The Sharpie switcheroo was revealed in a supervisor’s email displaying weird pressure to get voters to use only Sharpies.

It all became explicable when one understands that when a machine has trouble reading a ballot (for example as often happens when voters use a Sharpie), that ballot or the machine’s digital image thereof is sent to a stack of ‘adjudicable’ votes. Here one hopes that a human, or preferably two, one from each party, reviews the ballot or its image and divines the will of the voter.

In practice however it has become fodder for mass adjudication: that is someone with administrator privileges could with a mere click of a mouse, drag and drop a queue of hundreds or thousands of such votes to the candidate of choice. In other words voters in the precincts who were steered into using Sharpies unknowingly gave proxies on their boat to the precinct adjudicators. 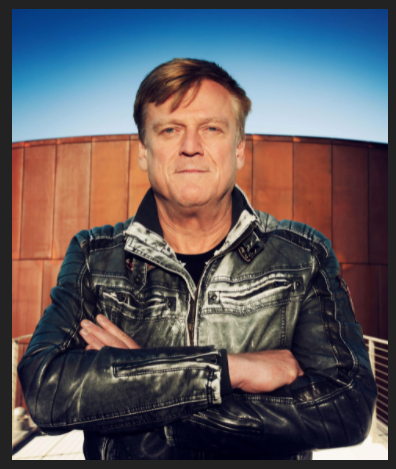 The dolphin speakers with whom I had become friendly over the months had made a far-out prediction about the vote counting stopping… On November 3 everything they had predicting to me would happen, happened. Counting of votes stopped precisely as I had been warned might happen.

Not only that, counting stopped not just anywhere, but in six key locations that were anchor cities for swing states, swing states that if flipped, also flipped the election nationally. The logic of the plan leapt off the page to anyone with a passing understanding of electoral politics.

… to steal the national election one does not need widespread fraud. Because it does not take widespread fraud; it only takes deep fraud in six cities to flip the swing states they are in to thereby flip the electoral college and to thereby steal the national election. Those cities are Atlanta, Philadelphia, Detroit, Milwaukee, Phoenix and Las Vegas.

And what do you know? On November 3, election night, vote counting in precisely the six cities took unprecedented turns…. counting was interrupted for three hours in various ways across in each of the six cities.”

* Byrne has various degrees in philosophy and Asian studies. In 2005, he began a vigorous campaign against corruption in the capital markets through securities manipulation. The Deep Capture website grew out of this campaign.

More on ‘adjudicating’ ballots in the 2020 election