An availability cascade is a self-reinforcing process of collective belief formation that triggers a self-perpetuating chain reaction: the more attention a danger gets, the more worried people become, leading to more news coverage and greater alarm.

Because slowly increasing temperatures / manifestations of actual racism do not seem alarming, ‘availability entrepreneurs’ push extreme weather events / any examples of real or apparent racism …. as being caused by manmade global warming / systemic racism– more of which is in store if we don’t quickly act to reduce fossil fuel emissions / defund the police/ICE etc.

The ever-expanding narrative of climate change / systemic racism entrains a range of social values into the proposed solutions. The momentum of the climate change / racism narrative leads to claims that there is a solution to many other societal problems within the climate change/anti-racism cause – an example is social justice in the context of the U.S. Green New Deal.  This link acts to energize both causes, and leverages the climate change narrative to blame or attack those opposed to the separate cause. 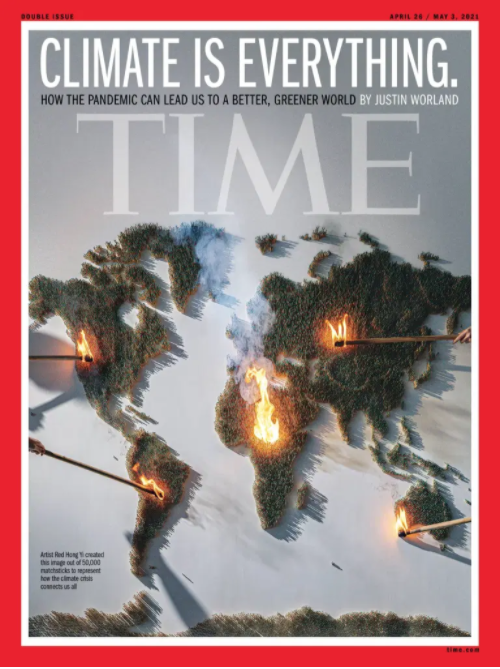 urning fossil fuels / racists. This grand narrative misleads us to think that if we solve the problem of manmade climate change / systematic racism then these other problems would also be solved. This belief leads us away from a deeper investigation of the true causes of these problems. The end result is narrowing of the viewpoints and policy options that we are willing to consider in dealing with complex issues such as public health, weather disasters and national security / personal safety, protests, riots and national unity.

And so, climate / racism becomes everything.

§ The promotion of the threat of a pandemic catastrophe also adheres to the above parameters of activism – even when activated – knowingly or otherwise – by politicians.

The socio-political profiles of climate alarmism and racism activism are strikingly similar, as demonstrated above. The original unaltered text, an extract from an article by Judith Curry on her Climate Etc blog, is headlined ‘Climate is everything’, has as its jumping off point in Time magazine’s April 26, 2021 cover story of the same name.

What this ‘threat replacement’ exercise shows is the global infection of politics with what she calls the availability cascade; the eternal panic echo. It helps us understand the machinations that drive the divisions and escalating hatred propelled by a purposeful agenda intent on destroying western civilisation.