Lights, music … and guns, as dozens of school children armed with assault weapons enact a choreographed assault against imaginary Jews in an arena filled with many hundreds of spectators, comprising their parents, teachers and jihadists. The music pounds dramatically as the children swing 180 degrees with their weapons thrust forward in threatening unison. A schoolful of hate. The video comes from one of the Hamas-run summer camps this July, where what might be titled ‘Kill Jews – The Summer Camp Musical’ is the only show in town.

There is a prop tank, attacked with pyrotechnics and enthusiasm, an Israeli Defence Force base is captured using one of the terrorists’ infamous tunnels, the children also capture a faux Israeli soldier … all to enthusiastic applause and children waving guns in unison, rehearsing a theatre of war. 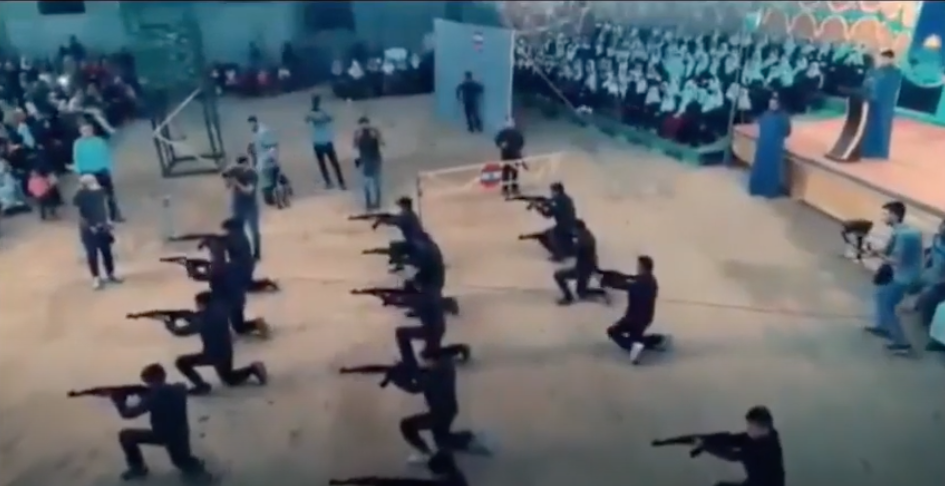 This is not a covert video by Israel’s military intelligence or a sneaky foreign journalist. It is a promotional video made by one of the Vanguards of Liberation Camps. Abu Bilal, spokesman for the camps, explained at the launch of the month long camps, “We dubbed it (this year) the “Sword of Jerusalem” to symbolise what our people achieved during the recent escalation in Gaza. It is a generation that carries this sword to strike the enemy and liberate Jerusalem”.

The performers, aged 10 – 16, have been recruited during the month of June by al-Qassam Brigade of the terrorist organisation, Hamas, and Palestinian Islamic Jihad (PIJ), focused on the schools run by the United Nations Relief and Works Agency (UNRAW) and of course some mosques.

Grooming children as future jihadist terrorists is seen by Hamas as an existential act, and part of the grooming is to instil such hate for Jews in 10 – 16 year olds that they become willing human anti-Jew missiles, spouting hate, as seen in another video from a camp.

Young camper: “We did not come here to enjoy ourselves, or to play, or anything like that. We came with our souls, our blood, our martyrs, and our wounded to sacrifice ourselves for Palestine and for our people. We asked Hitler why he left some of you alive. He did so in order to show us how wicked you are. We will come to you from under the ground and hammer fear into your hearts, and above the ground we will tear your bodies apart with our rockets. Scram into the shelters, you mice, you sons of a Jewish women!”

On the same video, Ahmad Al-Ra’I, spokesman for the “The Sword of Jerusalem” summer camps says “Regarding the military programs, as you can see behind me… The brothers who are responsible for these programs are the trainers and commanders of the Al-Quds Brigades, so they can instil military knowledge in these boys, teach them how to complete missions, as well as military skills like shooting positions, camouflage, shooting in motion, and urban warfare, so that in the next phase, Allah willing, these boys will be able to confront the plundering enemy and disfigure its face in the next war.”

We don’t really need the United Nations Office of Special Representative of the Secretary-General for Children and Armed Conflict to tell us that “Human rights law declares 18 as the minimum legal age for recruitment and use of children in hostilities. Recruiting and using children under the age of 15 as soldiers is prohibited under international humanitarian law – treaty and custom – and is defined as a war crime by the International Criminal Court.”

However, the UN itself has never condemned Hamas for such grooming – not to mention the use of children in real conflicts.

Australia’s Labor Party doesn’t seem concerned about it either, judging by its recently amended policy platform to unconditionally and as a priority, recognise a State of Palestine. 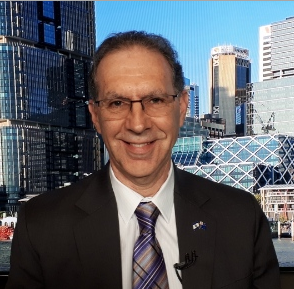 All foreign aid by Australia to Palestinian territories “should be suspended until the practice of indoctrination of children to become terrorists ceases,” said Dr David Adler, President of the Australian Jewish Association. “This is large scale, organised child abuse.”