The majority of Australians (82%) don’t trust judges’ impartiality, according to the Menzies Research Centre’s (MRC) submission on Judicial Impartiality to the Australian Law Reform Commission (ALRC), which was tasked with examining the subject by former Attorney General Christian Porter; the ALRC will lodge its report by September 31, 2021.

In one example examined in the report, the ‘evidence’ of a single researcher from Australian National University was sought by Justice Bromberg, in the recent case of Sharma & ORS v Minister for the Environment [2021]4, in which eight 16-year-old Victorian residents brought a case to prevent the approval of the Vickery coal mine extension in northern NSW. The plaintiffs alleged that the Minister owed them a duty of care not to cause them harm by granting the mine exemption.

Ultimately, the Sharma claim was rejected. (Ed: we can speculate that had it not been, the case would have been appealed to the High Court; see below.) However, Justice Mordecai Bromberg’s judgement included the following sections: 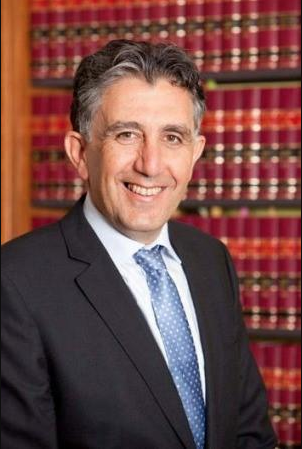 In his judgement Justice Bromberg observed that: On the evidence before me*, it is undoubtedly likely that some of the Children, and perhaps many hundreds or thousands of them, will be killed or injured by future climate change induced bushfires on the Australian continent. However, taking into account the capacity of fire smoke to spread, as demonstrated by evidence of the Black Summer fires, it is reasonably foreseeable that all Australians will be exposed to the risk of ill-health from an atmosphere polluted by smoke from one or more bushfires. That is particularly so in circumstances, which are also reasonably foreseeable, where bushfires induced by climate change will wipe off the face of the Earth most of Australia’s eastern eucalypt forests in a 4°C Future World.

* referring to the researcher from the ANU

Justice Bromberg, once a factional member of the ALP and a one time candidate, is perhaps best remembered as the judge who found against Andrew Bolt in a case involving Section 18c of the Racial Discrimination Act. Labor Senator Kimberly Kitching was “very surprised” when Bromberg decided to hear Herald Sun columnist Bolt’s racial discrimination case, given Bromberg’s close relationship with the Labor Party … She told Bolt, according to the MRC report: “He was an active ALP person, he was active enough that he was in a faction, he ran for pre-selection,” she said. “Obviously he would have had some views about you (Bolt), and perhaps he was not the best person to hear your case.” (For readers in faraway countries, Andrew Bolt is well known as a Conservative, and frequent target of Labor vitriol.)

For the purposes of this submission the Menzies Research Centre developed a model analysing decisions made by 33 Justices of the Federal Court of Australia over the period from 1 July 2018 to 1 July 2020 in Employment/Industrial Relations cases. “In the 11 cases heard by Justice Bromberg involving a union, he has found in favour of the union 10 times or 91 per cent of the time; 43 percentage points above the average.”

The report adds: “Our analysis identified five decisions involving Justice Bromberg on industrial relations matters that have been overturned by the High Court.” (That’s 5 out of 11.) Rather optimistically, the MRC report states: “This proposal will also help to reduce costly appeals to higher courts such as those that end up in the High Court of Australia.”

This MRC submission is made “at a time when there is increasing use of the courts for political purposes. Activist groups, pursuing specific agendas, have identified, promoted and resourced campaigns to employ the power of the courts for their purposes.”

The MRC report noted that “If the trend continues and the courts are increasingly used as a vehicle for what are essentially political campaigns it is essential that the courts both maintain their independence and be seen to do so. Any suggestion that they are not truly independent and free from bias will quickly erode public confidence in the system.”

Erode it even further, perhaps, given that 82% already distrust judicial impartiality? Should the absurdity and political payload of the claim have prevented it from getting into a court of law?

Such questions are raised by the contents of the MRC report, put together by its Chief of Staff, James Mathias.

The Report’s Recommendations are:

The MRC report quotes James Allan from the University of Melbourne: “Judicial activism has all sorts of long-term bad consequences not immediately obvious to many people who happen to find congenial the outcomes of particular decisions aligning with their own first-order political preferences. Such short-sightedness can be costly, most obviously in terms of the long-term inroads it makes into Australia’s wonderful democratic traditions.”