Islam has given birth to monsters – Muslim philosopher

In an open letter* to the Muslim world, nothing short of a shattering indictment, French Muslim philosopher Abdennour Bidar writes that Islam has given birth to monsters and needs reform – from within. Excerpts edited by Andrew L. Urban.

“Where do the crimes of this so-called ‘Islamic State’ come from? I’ll tell you, my friend, and it will not make you happy, but it is my duty as a philosopher [to tell you]. The root of this evil that today steals your face is within yourself; the monster emerged from within you. And other monsters, some even worse, will emerge as well, as long as you refuse to acknowledge your sickness and to finally tackle the root of this evil! 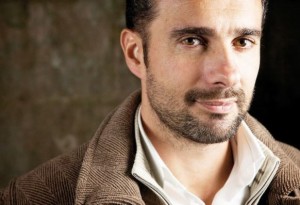 “What do you [Muslims] say when faced with this monster? You shout, ‘That’s not me!’ ‘That’s not Islam!’ You reject [the possibility] that this monster’s crimes are committed in your name (#NotInMyName). You rebel against the monster’s hijacking of your identity, and of course you are right to do so. It is essential that you proclaim to the world, loud and clear, that Islam condemns barbarity. But this is absolutely not enough! For you are taking refuge in your self-defense reflex, without realizing it, and above all without undertaking any self-criticism. You become indignant and are satisfied with that – but you are missing an historical opportunity to question yourself. Instead of taking responsibility for yourself, you accuse others, [saying]: ‘You Westerners, and all you enemies of Islam, stop associating us with this monster! Terrorism is not Islam! The true Islam, the good Islam, doesn’t mean war, it means peace!’

Could all this be the fault of the West? … stupid accusation

“ … it is the Muslim world’s general state of profound sickness that explains the birth of terrorist monsters with names like Al-Qaeda, Jabhat Al-Nusra, AQIM, and Islamic State . . . these are only the most visible symptoms of an immense diseased body, whose chronic maladies include the inability to establish sustainable democracies that recognize freedom of conscience vis-à-vis religious dogmas as a moral and political right; chronic difficulties in improving women’s status;  the inability to sufficiently free political power from its control by religious authority; and the inability to promote respectful, tolerant and genuine recognition of religious pluralism and religious minorities.

“Could all this be the fault of the West? How much precious time will you lose, dear Muslim world, with this stupid accusation that you yourself no longer believe, and behind which you hide so that you can continue to lie to yourself?

“Particularly since the eighteenth century – it’s past time you acknowledged it – you have been unable to meet the challenge of the West. You have childishly and embarrassingly sought refuge in the past, with the obscurantist Wahhabism regression that continues to wreak havoc almost everywhere within your borders – the Wahhabism that you spread from your holy places in Saudi Arabia like a cancer originating from your very heart. In other ways, you emulated the worst [aspects] of the West – with nationalism and a modernism that caricatures modernity. I refer here especially to the technological development, so inconsistent with the religious archaism, that makes your fabulously wealthy Gulf ‘elite’ mere willing victims of the global disease – the worship of the god Money.

personal choice vis-à-vis the ‘pillars’ of Islam. This is a ‘red line’ for them

“You chose to consider Muhammad a prophet and king. You chose to define Islam as a moral, political, and social religion that must rule as a tyrant in the state as well as in civilian life, in the street and in the home, and in every man’s conscience. You chose to believe that Islam means ‘submission’ and to impose that belief – while the Koran itself declares that ‘there is no compulsion in religion’… You have made [the Koran’s] cry for freedom into the reign of coercion. How can a civilization so betray its own sacred text? I say that, in Islamic civilization, the time has come to institute this spiritual freedom – the most sublime and difficult of all [freedoms] – in place of all the laws invented by generations of theologians!

“Numerous voices that you refuse to hear are rising today in the ummah [Islamic nation] to denounce this authoritarian religion that cannot be questioned… Many believers have so internalized the culture of submission to tradition and to the ‘masters of religion’ (imams, muftis, sheikhs etc.) that they don’t understand us when we talk to them about spiritual freedom or personal choice vis-à-vis the ‘pillars’ of Islam. This is a ‘red line’ for them – so sacred to them that they dare not allow their own conscience to question it. And there are so many families in which this confusion between spirituality and servitude is implanted from such an early age, and in which spiritual education is so meager, that nothing concerning religion may be discussed.

“ … what I have described here – a tyrannical, dogmatic, literalist, formalistic, macho, conservative, and regressive religion – is too often the mainstream Islam, the everyday Islam, which suffers and causes suffering to too many consciences, the irrelevant Islam of the past, the Islam that is distorted by all those who manipulate it politically, the Islam that always ends up strangling the various Arab Springs and the voice of the young people who are demanding something else. So when will you finally bring about this revolution in society and conscience that will make spirituality rhyme with liberty?

“those who want to make you a victim, are doing you no favours”

“You must begin by reforming the education you give your children, in its entirety, in all your schools and all your places of knowledge and power. You must reform them according to [the following] universal principles – even if you are not the only one violating or disregarding [these principles]: freedom of conscience, democracy, tolerance, civil rights for [those of] all worldviews and beliefs, gender equality, women’s emancipation from all male guardianship, and a culture of reflection and criticism of the religion in universities, literature, and the media. You cannot go back, and you can do no less than this. For it is only by doing so that you will no longer give birth to such monsters. If you do not do so, you will soon be devastated by [these monsters’] destructive power.

“If I did not believe in you, I would not have been so harsh in this essay. As we say in French, ‘He who loves well, punishes well’ – and those who today are not tough enough with you, who want to make you a victim, are doing you no favors. I believe in you. I believe in your contribution to build the future of our planet, to create a world that is both humane and spiritual!”

* This open letter was first published on October 3, 2014, in the French publication, Marianne, and re-published on November 5, 2014 as Special Dispatch No 5873 in The Middle East Media Research Institute (MEMRI)