Bettina Arndt is getting through

Bettina Arndt’s campaign to spread the truth about aggro-feminism and the fraudulent claims of a culture of rape in Australian universities is getting some mainstream traction, as it should. The most recent example was on Tuesday, December 4, when Channel 7’s Sunrise gave her over 6 minutes of positive interview time.

But even in this positive environment, neither of the hosts posed the question that is at the heart of the conflict that arises when Arndt faces nasty protesters on her lecture tour. That question is simply this: why are these petulant youths so angry at her message that the campus is actually NOT a seething cesspit of young male rapists, that the female students are NOT in danger, as the concocted campus survey had shown.

Why is her good news treated as the talk of the devil? Whom does it benefit to oppose her, to silence her? That question can be answered by another: to learn who rules, find out who you cannot criticise. 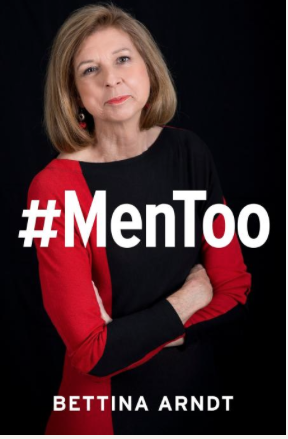 Her latest book, #MenToo, is available from Wilkinson Publishing