The Wuhan virus aka Covid19 has panicked Western leaders (not all, but most) into behaving irrationally and dishonestly. Australia, so lightly touched by the virus, has been especially poorly served by a panicked political class, an incompetent bureaucracy and a useless media.

The panic launched by the pandemic has generated a visible deterioration of not just the quality of thought among politicians and bureaucrats, but a tangible shift to dishonesty about – and manipulation of – the pandemic. Statistics have perverted the facts and the politics of managing the virus, ridiculous modelling has enabled senior bureaucrats to pervert proper processes: hotel quarantine in Victoria, Ruby Princess in NSW, excessive border closures and lockdowns everywhere. And most of the media are as useless as curious, unbiased informers on this topic as they are on the topic of climate change.

The most malign manifestation of the general dishonesty is the daily pronouncement of the number of virus infections around Australia … without the context. And context is truth…. 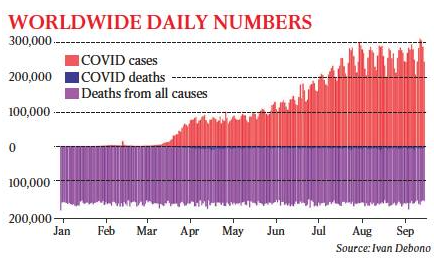 The number of infections by itself is – or should be – irrelevant to the policy responses. It’s not the number of people infected that should be the driver. It’s the number that need hospitalisation that is relevant, especially given the vast majority of cases are mild; over 95%. To mid September in Australia this year, there were 26,898 cases of Covid19 reported; in the same period, there were 21,126 confirmed notifications of the flu. Where were the daily public logs of the flu? They weren’t reported because the number of infections were irrelevant to health responses.

We each deal with the average bloody flu, the rotten runny nose, the irritating cough, the headache, the lethargy…. all by ourselves. Jabs, pills, rest, etc. There were no reports of the health system being overrun by either the flu or Covid19, nor of anyone failing to get treatment if required. There is a glut of ICU beds, not required. Of the 849 deaths (unreliably) attributed to Covid19, most were in aged care homes and the result of comorbidities. And incompetence. 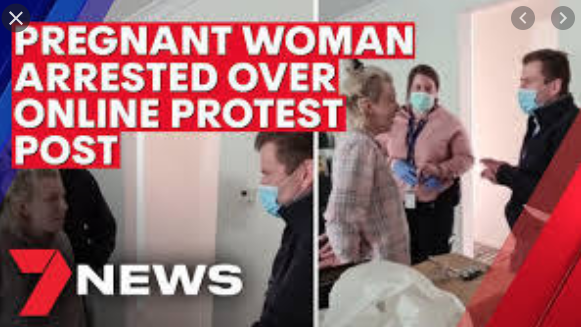 Yet, Australians – and especially Victorians – have been subjected to the most severe curtailment of civil liberties and social freedoms in the country’s history. And they (Victorians, Queenslanders and Westerners, at any rate) wallow in it, if the polls are accurate. Democracy has taken a heavy blow: it seems all too easy to make Melbourne look like Hong Kong these days.

Australia – the lucky country is now the compliant country.