We don’t want groupthink from our top columnists.

“Donald Trump can still win the US election. But he would need the greatest comeback in presidential history. The reality is that Trump is on track to lose by a landslide. This has been evident all year. Why? Not because the election is rigged, the political system is corrupt or the media is biased, but because Trump has been a catastrophic president.” – Troy Bramston, The Weekend Australian, Oct 17/18, 2020 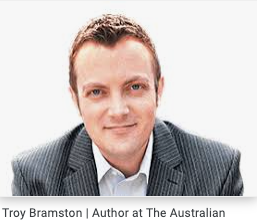 Bramston talks about the polls, and discusses them at length. He is a terrific, robust political historian and great at analysing the Labour Party, but here he falls into the trap of blasting away at Trump fuelled by emotional irrationality, untroubled by historical facts about Trump’s presidency. Peter Van Onselen falls into the same trap, in the same paper, on the same day.

“If Donald Trump wins the presidential election in just over two weeks I’ll be staggered. Not because I’ll be surprised: plenty of evidence has accumulated in recent years that anything can happen in politics. I’ll be disappointed because it will mean enough Americans rewarded his bad behaviour and poor performance.” – Peter Van Onselen, The Weekend Australian, Oct 17/18, 2020

PVO went on to write “I seriously toyed with renouncing my citizenship four years ago when Trump won but decided doing so would be premature and deeply self-indulgent.” But he didn’t provide any examples of Trump’s bad performance. His rationale was more along these lines: “But the damage four more years of Trump would do to American society, its standing in the world, the Republican Party and conservatism as an ideology isn’t worth thinking about. 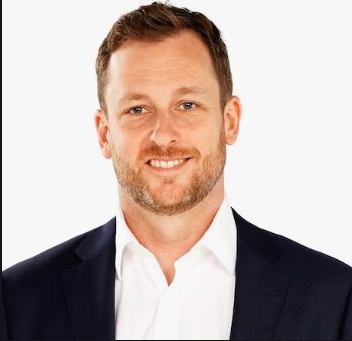 “Which is to say nothing of Trump’s unsuitability for high office. His mocking of people’s looks, gender, sexual orientation and those with a disability makes him unfit to run a corner shop much less a country.” Not sure what any of that (some of it valid criticism, some not) has to do with running a corner shop, but it is meant as character smearing.

These sort of fulminations belong in undergraduate newsletters not the national broadsheet. They certainly can’t be labelled as analysis. More like groupthink … Making sweeping statements and exaggerations about the US President,  unsupported by any credible reasons why the writer holds these views is self indulgent and pointless (may as well go ahead, PVO, renounce your US citizenship).

I hasten to add that I have plenty of professional respect for both columnists. What these most recent columns demonstrate, though, is the oft observed symptom of that insidious corruptor of rationality, Trump Derangement Syndrome.

PVO’s claim that Trump is “unfit to run a corner shop much less a country” is so demonstrably false as to discredit his entire column.

They both could have pointed to Trump’s failure to resolve America’s long running mess of a health care system. Instead, PVO warns of “the damage four more years of Trump would do to American society”. What, exactly could he mean? The damage being done to American society was seeded by the left’s the refusal to accept his legitimacy, and has grown into violence-infused hysteria. Senator Maxine Waters set the tone back in June 2018, screaming for her supporters to harass Trump officials “in a restaurant, in a department store, at a gasoline station, you get out and you create a crowd and you push back on them, and you tell them they’re not welcome anymore, anywhere.”

if you can’t win, cheat

That incident, captured on camera (as they all are these days) is symptomatic of how the Democrats have been stripped of their own legitimacy by the rapacious squad of socialists, for whom democracy is only useful if it delivers them power, not a genuine system of government by the people …. etc. If they don’t win an election, they want to change the rules to make sure they do, next time. EG abolish the electoral collage, EG stack the Supreme Court …

How ‘catastrophic’ was it of Trump to move the US Embassy from Tel Aviv to Jerusalem? Or in securing historic peace agreements between Israel and the first of a handful of Arab states? Or in getting NATO members to pay a fairer share of the costs? Or in setting policies that prior to the outbreak of COVID19 enabled the US economy to record spectacular falls in unemployment across every demographic? There could be bigger catastrophes ….

Bramston and PVO can make useful contributions to our understanding of American politics, only if they see it clearly, not obscured and twisted by their own biases. There is plenty of groupthink in the mainstream media here and in the US who trot out columns and articles infected by such biases, in bulk, every day.