My New Year’s resolution for 2021 is to abandon reason and real science when debunking climate alarmist voodoo, and apply my own witchcraft (eg ridicule) to repel the warped gospel of The Church of Climate Change (CCC).

The CCC has swallowed politics and self administered some alternative science, so heretics like me must change tactics. No more Mr Science Guy. No more articles from me appealing to reason, facts and no more debunking a fake consensus.

Since early 2013, and more recently since my first feature article on the subject for the Spectator Australia on October 15, 2016 (The Con in Consensus), I’ve researched and written dozens of pieces, including the May 5, 2018 cover story, The Parisites – a wordplay on the April 2018 Paris climate summit and the parasites in academe, politics and finance who thrive on the stuff. (Some people didn’t get the wordplay, complaining of bad spelling…)

It has been obvious for some time that climate alarmism is fuelled not by ‘the science’ at all; because there is no scientific basis for it. Best summarised by geology professor and author Ian Plimer as follows: “Annual human emissions (3% of the total) of carbon dioxide are meant to drive global warming. This has never been shown. If it could be shown, then it would also have to be shown that natural emissions (97%) don’t drive global warming.”

To recap: the IPCC was set up (1988) to serve the purposes of the UN Framework Convention on Climate Change. The ultimate objective of the UNFCCC is to “stabilize greenhouse gas concentrations in the atmosphere at a level that would prevent dangerous anthropogenic [i.e., man-made] interference with the climate system”. This was the brief to the IPCC – the equivalent of saying “man made emissions are causing global warming – fix it”. The preferred diagnosis was already in, even before the first research dollar was paid out.

So much for real scientific research.

It’s been said that ‘climate change’ is the short form label for a belief system, the new religion, in which faith stares down science, while claiming scientific superiority.

*Both belief systems claim a superior moral authority;
*Both of them claim infallibility;
*Both impose severe penalties on non-believers and apostates. In the case of Climatism, the penalties include public vilification and career damage, whether in science, academe, politics, most of the media … and in many corporations who have signed up to it. In the case of Scientology dissent provokes intense long term harassment. Fascism writ large;
*Both try to enforce their belief system aggressively in any society that allows them to thrive. Fascism writ large.
*Neither of them countenance dissenting views and arguments; in the case of Climatism, science is actively abused to falsely support it;
*Both of them threaten their critics with derogatory excess;
*Neither of them tolerate satire and generally lack a sense of humour;
*Both generate massive wealth for a few ‘believers’ 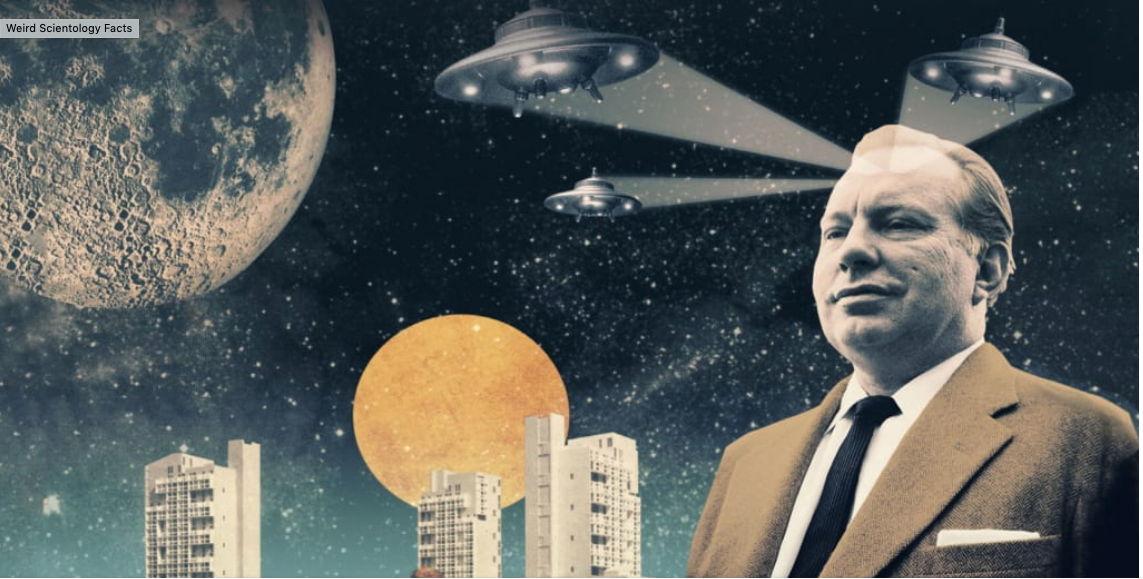 L Ron Hubbard’s Scientology – how aliens dropped us off on earth.

Climate Change – The Q&A
Q: How to dare challenge those scientists who claims that anthropogenic warming is not proven?
A: Invite an angry 16 year old girl to address the Pope, the World Economic Forum, the European Parliament and the UN General Assembly to prophesy the warming apocalypse (12 ? years to go). …”I want you to panic”

Q: How to demonstrate the worst effects of climate change?
A: Show archival photos and videos of raging bushfires, drought-stricken land and overlay text or commentary, blaming it all on climate change.

Q: How to appear pro-active on climate change while enabling rent seekers to make fortunes out of climate change alarmism – without igniting the public’s fury?
A: Encourage investment in renewables with massive subsidies.

Q: If renewables don’t deliver energy when required, what to blame for the shortfall?
A: The climate.

Q: Why have all global warming models been so badly wrong?
A: The Church of Climate Change has full confidence in the science. Its own science.

Q: How to show that warming (about 1C over past 100 years) is accelerating and dangerous?
A: ‘Homogenise’ (aka lower) historical temperatures.

Q: If research data conflicts with the ruling orthodoxy on global warming, what’s the most effective course of action?
A: Adjust the data.

Q: When will the climate emergency result in the destruction of the world?
A: In 8, 10 or 12 years, but The Church of Climate Change is flexible.

Q: Why manipulate and frighten children to ‘strike’ from school in the cause of ‘action to stop climate change’?
A: Weeping, traumatised children make for great television coverage; emotion trumps facts.

Q: How to respond to arguments that question the basis of climate alarmism?
A: Ignore the arguments, silence the ‘deniers’, demonise scientists who challenge the ruling orthodoxy, preferably have them sacked.

Q: Even if our government believes that carbon dioxide emissions cause global warming, why do they impose massive disruption on Australia’s economy and energy prices when our emissions total some 1.3% of the world’s total?
A: The Church of Climate Change is guided by ‘the science’. Its own science.

Q: A target of zero net carbon dioxide emissions means no more transport industry, no more herds of farting animals, as well as no fossil fuels to provide baseload energy. How will that work?
A: Batteries.

Q: How do climate ‘sceptics’ characterise alarmists?
A: Dangerous fools.

Q: How do climate alarmists characterise ‘deniers’?
A: Evil bastards.

Some politicians do know the real climate facts. But the political pressure to demonise coal & CO2 has turned into a crusade of religious ferocity, with activists gluing themselves to the altar of climate change. For most, it is politically convenient to pay lip service to the mob but apply a modest ‘believer’ approach.

Wrong. You can’t be a little bit pregnant. A little bit climate believer can’t simultaneously argue the total irrelevance of carbon dioxide emissions and base policy on its relevance.

Why and how have we allowed them to get away with it? Looking at you, mainstream media. You’re supposed to ‘speak truth to power’ … you can’t do that if you don’t know the truth.