The symbiosis from hell & Leninism

Just as social media provides the vehicle for the dissemination of vitriol, falsehoods that favour the ‘party’ line, so does mainstream media, now that it has self-castrated and is the eunuch in the harem of the left. This is the symbiosis from hell: the de facto partnership of a socialist-leaning government, with the massive, intrusive, ubiquitous powers of Big Tech plus legacy media and many institutions. But wait, there is more: the bonus knife set of woke corporates, enslaving themselves to identity politics and woke activism.

“Now we have the attempt to apply Leninism (preparation for socialism) to the American context, using corporations as part of the toolset … what we call the ‘woke’ movement,” says US author and commentator Dr James Lindsay. “Lenin went around and killed dissidents, they are instead cancelling dissidents here.” 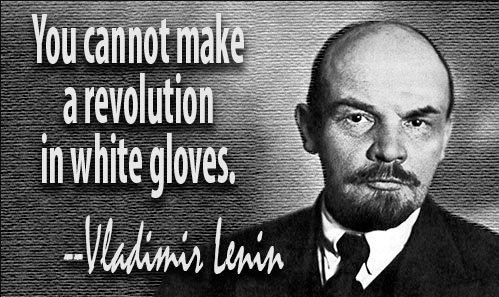 The woke corporates will carry out the crushing Leninist wishes of the left; they already are. Some banks refuse to lend for fossil fuel projects while some (eg Chase, which also refuses to do business with the gun industry) selectively close accounts on political grounds. Some credit card companies are also making business decisions driven by their political ideology (eg Mastercard and Visa refusing to process donations to conservative recipients). And there is no evidence of companies protecting conservative employees from harassment on political grounds.

‘Social socialism’ is already here in the Anglosphere and most of the West. Now with a Democrat controlled American economy comes economic and political socialism (en route to Marxism), thanks to the influence of the left over genuine Liberals (US) and conservatives (elsewhere). Social socialism is enabling the falsifying of facts and real events in a way that socialism always does: twisting meaning of words, tribalism & division, and dishonestly packing policies like censorship of the right, in the wrappings of social good. A disturbing recent example is Twitter’s (risible) statement justifying the of banning US President Donald Trump’s account:

‘… we are working proactively to protect the health of the public conversation occurring on the service and will take action on any content that violates the Twitter Rules. Threats of and calls to violence are against Twitter Rules, and we are enforcing our policies accordingly. We will continue to evaluate the situation in real time, including examining activity on the ground and statements made off Twitter. We will keep the public informed, including if further escalation in our enforcement approach is necessary.’

Just ponder that: “… further escalation in our enforcement approach” …

Best-selling author, columnist, syndicated radio talk show host based in Los Angeles and a Fellow at Columbia University’s School of International Affairs, Dennis Prager says: “Tell the average American you’re a liberal and they’ll assume you’re on the political left. Yet, leftists and liberals hold very different positions on key issues. The tenets of liberalism, like a belief in capitalism and free speech, have more in common with conservatism than with the identity politics and racial resentment preached by the left.”

Economic policies are driven by those “identity politics and racial resentment” so that they are forged not with free market principles concerned with individual liberties, but by the bulk shepherding of socialist ideals. That’s how everyone becomes not just poorer but politically weaker. Except, of course, the pigs on the farm who thrive with full troughs under the protection of thugs masquerading as ‘social justice warriors’.

As I write, fast food workers in many US cities are demonstrating, demanding US$15 federal minimum wage (up from US$7.25) within the first 100 days of the Biden presidency – a dangerous and economically destructive pressure point for Biden’s US$2 trillion economic platform, but a predictable one given the left’s agitation for it during the election campaign. Biden’s left will push for it; the country’s workers will lose jobs because of it. Socialism 1, economy Nil.

Left wing lawyers and judges provide the backstop against conservatives, especially in the US.

The left has kidnapped the Democrats, and liberals elsewhere, so effectively that the entire cohort suffers from what looks like Stockholm Syndrome; it is in fact nothing but survival instinct. See Joe Biden for details.

Institutions can no longer be trusted either, thanks to ideological perversion. The devastation caused by Australia’s energy and climate related policies is a prime example. These policies (eg renewables to replace coal) are mostly based on false data from once trusted institutions, cheered on by activist organisations.

In Chapter 16 of Climate Change the Facts 2020 (Institute of Public Affairs), Dr Jennifer Marohasy (who also edited the book comprising contributions from 20 scientists, economists and other experts) talks about ‘Rewriting Australia’s Temperature History’.

“The Bureau (of Meteorology) undertook some remodelling in 2018 that increased the overall rate of warming by 23% between Versions 1 and 2 of the Australian Climate Observation Reference Network – Surface Air Temperature (ACORN-SAT) database (Trewin 2018). The Bureau claims that this remodelling is justified because of changes to the equipment and because of the relocation of the weather stations (Darwin and Rutherglen). However, there have been no changes to equipment and no relocations since the release of ACORS-SAT Version 1 for either Darwin or Rutherglen.”

Marine biologist Dr Peter Ridd’s new book, Reef Heresy? Science, Research and the Great Barrier Reef (Connor Court) is a disconcerting critique of the gross failures of quality assurance in reef research – failures which, again, are reflected in public policy. Ridd was fired from James Cook University for identifying the failures. (He legal fight over his firing is heading to the High Court.)

In an open letter to the President of the Geological Society of London (GSL), 33 current and former Fellows of the society recently urged a more scientifically robust response: “Science,” they write, “is supposed to use all the available tools at its disposal and … it would be … sound to avoid tacit support for the proposition that ‘the science is settled’.

“The GSL has a responsibility to refute the exaggerated claims that swirl around the fringes of the Climate Change debate, undermining the real science.” And thus derailing much public economic policy globally …