President Donald Trump’s advisory 1776 Commission on Monday (Jan. 18, 2021) released a public report, fulfilling its task to revisit the nation’s founding history in an effort to reunite the Americans around its founders’ principles.

Americans today are “deeply divided” about the meaning of their country, its history, and how it should be governed, according to the commission, which was created in the final year of Trump’s first term, amid an increasingly popular trend of portraying the American story as one that based on racism and oppression.

“Neither America nor any other nation has perfectly lived up to the universal truths of equality, liberty, justice and government by consent,” the report reads, following an re-examination of the principles and ideals enshrined in the Declaration of Independence and the Constitution. “But no nation before America ever dared state those truths as the formal basis for its politics, and none has strived harder, or done more, to achieve them.” 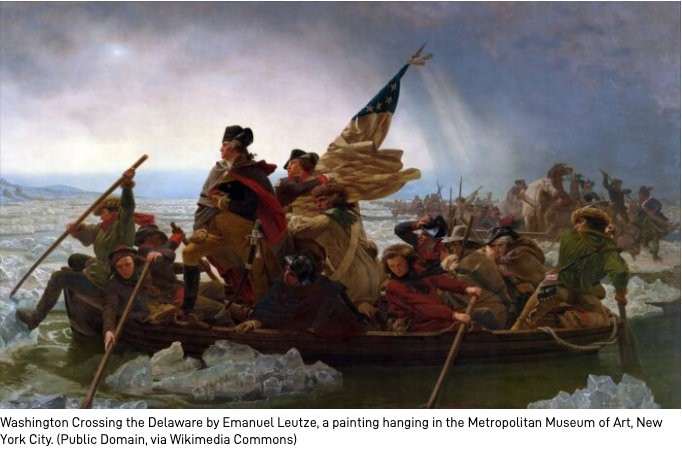 The authors dedicated a large portion of the report exploring challenges to American’s founding principles. Some of these are historical, such as slavery, which is fundamentally incompatible with the idea that “all men are created equal.” Others are more contemporary, such as progressivism, which holds that the Constitution should constantly evolve to secure evolving rights; fascist and communist movements seeking a totalitarian government with no respect for individual rights; and modern identity politics in favor of a system of explicit group privilege in the name of “social justice.”

“The arguments, tactics, and names of these movements have changed, and the magnitude of the challenge has varied, yet they are all united by adherence to the same falsehood—that people do not have equal worth and equal rights,” the report states.

The report warns of the dangers of modern political movements departing America’s founding principles, noting that many of the historical movements were successful because they help keep up those principles, rather than breaking from them.

“Great reforms—like abolition, women’s suffrage, anti-Communism, the Civil Rights Movement, and the Pro-Life Movement—have often come forward that improve our dedication to the principles of the Declaration of Independence under the Constitution,” the authors wrote.

The report calls for a “national renewal” of education to teach the future American citizens the founding principles and the character necessary to live out those principles. A patriotic education, according to the authors, doesn’t mean ignoring the faults in the nation’s past, but rather viewing the history in a clear and wholesome manner, with reverence and love.

American colleges and universities are doing the exact opposite, the report warns, noting that they’ve become “hotbeds of anti-Americanism, libel, and censorship,” with the intention to “manipulate opinions more than educate minds.”

The authors specifically called out historian Howard Zinn and the Pulitzer Prize-winning 1619 Project for preventing students from seeing the humanity, goodness, and benevolence in America’s historical figures. Instead, they present their young readers with a distorted version of American history.

“Historical revisionism that tramples honest scholarship and historical truth, shames Americans by highlighting only the sins of their ancestors, and teaches claims of systemic racism that can only be eliminated by more discrimination, is an ideology intended to manipulate opinions more than educate minds,” the report reads.

The renewal of American unity will depend on every American willing to stand up against tyranny in their everyday life, the author said.

“Above all, we must stand up to the petty tyrants in every sphere who demand that we speak only of America’s sins while denying her greatness,” the report states. “At home, in school, at the workplace, and in the world, it is the people—and only the people—who have the power to stand up for America and defend our way of life.”

President Joe Biden plans to cancel the Trump administration’s 1776 Commission, only two days after the advisory panel released a report calling for a U.S. history education centered on the nation’s founding principles.