The more the amoral Chinese Communist Party parades its robotic army, its tanks and its missiles in celebrating this week’s centenary of its founding, the less confident is the regime, the more brutal its stranglehold has to be on its people. Millions have died and continue to die – but the living endure the constant trauma of oppression. Political oppression creates social pressure; it’s suppressed – until one day it’s not. Pride before the fall?

Anyone who has lived under communism (as I have) will attest to the profound trauma of living in fear of the state. Counting the deaths under totalitarian regimes is only partial accounting. For every dead citizen there are dozens more family and friends traumatised by it, until the entire population wakes and sleeps in fear. At some point, the pressure on society will erupt in China, as it has in other communist regimes.

On the July 1 centenary of the CCP, The Epoch Times Editorial Board outlined how the Party had destroyed the best of China.

” … when the CCP came to power, it outlawed religion, dismissing it as an “opium of the people.” It uses atheism to destroy people’s belief in God, taking away people’s belief in moral standards. The most severe religious persecution campaign by the CCP targets Falun Gong practitioners. In terms of the persecution’s scale and severity, it is unprecedented, targeting 100 million practitioners of the spiritual discipline, as well as their families and friends. Falun Gong teaches traditional meditation, which has been a core part of Chinese tradition since ancient times, and the principles of truthfulness, compassion, and tolerance. 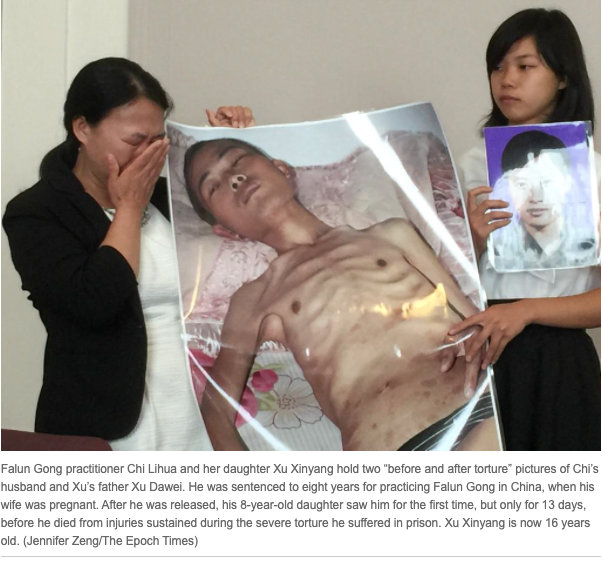 To carry out the persecution—which is now entering its 23rd year—CCP leader Jiang Zemin promoted anyone who supported this persecution, forcing people to oppose truthfulness, compassion, and tolerance. In promoting people who opposed goodness, the CCP placed those who were most capable of committing evil in the top positions in Chinese society.

The destruction of Chinese traditions, the damage to the moral standard, and the persecution of people of faith have been the biggest crimes of the CCP.

The Party has killed more people in China than the number who died in the two world wars combined. Beyond killing, it has made every effort to destroy the spirit, culture, and dignity of the Chinese people. Fully aware that it’s the enemy of the people, the CCP has always been in an existential crisis.

This is why when top CCP leaders speak at anniversary events, they always try to make a strong appeal, and appear like they represent the Chinese people. Actually, the CCP has taken the Chinese people hostage, for fear that they will rise up and overthrow it.

The next day, July 2, old China hand Rowan Callick of The Australian, explained how China’s current leadership has turned its policies inwards.

“The rapid dismemberment of Hong Kong’s lively and internationally facing culture points to a bigger story. That is, that the same suspicious attitude to the outside world and the same introversion also has been growing, in a less time-compressed way, in mainland China.

China’s ambassador to France, Lu Shaye, said recently: “Westerners accuse us of not conforming to diplomatic etiquette, but the standard for us to evaluate our work is … how people in China look at us … not whether foreigners are happy or not.” The Foreign Ministry’s party secretary Qi Yu has instructed that diplomats should “be brave and good at fighting”.

The Ministry of State Security has introduced regulations that, according to Li Wei, a national secur­ity expert at the China Institute of Contemporary International Relations, “place emphasis on companies and other institutions taking precautionary measures against foreign espionage”.

The irony cannot be lost on Australians.

But the most obvious reading of Beijing’s current political tilt – notable even by those who have no first hand experience of China – is that it has striking similarities to historical precedents.

The Epoch Times, as quoted above, puts it in a nutshell: “the CCP has taken the Chinese people hostage, for fear that they will rise up and overthrow it.”

1 Response to CCP’s ‘Sintenery’ of death, destruction, oppression and fear