Feeding the Flock: The Real Reason for the 1/6 Committee

Pulitzer winning journalist GLENN GREENWALD has published a lengthy expose that shows in great detail the unconstitutionality of the 1/6 Committee of the US Congress. The final section of his essay (below) is a profound insight into what he says drives the Committee, and more broadly, what agitates so many American liberals – and it isn’t democracy.

Underlying so much of the anger and resentment surrounding 1/6 is the complete dissonance between the narrative fed to the citizenry by Democrats and their media allies on the one hand, and the legal realities on the other. It must be infuriating and baffling to a large sector of the population to have been convinced that what happened on January 6 was an unprecedentedly dangerous insurrection perpetrated by an organized group of seditious traitors who had plotted to kidnap and murder elected officials, only for the Biden DOJ to have charged exactly nobody with any criminal charges remotely suggesting any of those melodramatic claims.

This was the same frustration and confusion that beset a large portion of liberal America when they were led to believe for years that Robert Mueller was coming to arrest all of their political enemies for treason and criminal conspiracy with Russia, only for the FBI Superman to close his investigation without charging a single American with criminal conspiracy with Russia and then issuing a report admitting that he could not find evidence to establish any such crime. How to keep the flock loyal when the doomsday prophecies continue to be unfulfilled, as the World-Ending Date comes and goes without so much as a bang, let alone an explosion?

Adam Schiff’s new book — which essentially claims that Mueller is senile and was suffering from pitiful dementia — is obviously intended to provide some solace or at least a framework of understanding for disappointed liberals to keep the faith, but deep down, they know what they were expecting. The endorphin-producing fantasies on which they fed for years — of Trump and Trump, Jr. and Jared and Bannon and Ivanka being frog-marched out of the White House by armed, strapping FBI agents — were way too viscerally arousing for them to simply forget that none of it happened.

A repeat of this disorientation and disillusionment when it comes to 1/6 could be quite dangerous for Democrats. It could be devastating to the media outlets which survive on serving the Democrats’ messaging and feeding dramatic conspiracy theories to the beleaguered liberal flock. In the days and weeks following 1/6, liberals really thought that dozens of members of Congress — from Josh Hawley and Ted Cruz to Matt Gaetz and Marjorie Taylor Greene — would be not just expelled from Congress but summarily imprisoned as traitors by a newly righteous Justice Department. They were led to believe that, with Bill Barr out of the way, Trump and his mafia family would finally pay for their crimes. Instead, they have been served a tepid, cautious, and compartmentally conservative Merrick Garland who seems barely able to send the Evil Insurrectionists — many of whom are just hapless and impoverished lost souls — to prison for more than a few months. The harsh reality is yet again destroying their cravings for promised vengeance and retribution, and something must be done, lest the cult loyalty be lost forever.

That is, at bottom, what the 1/6 Committee is really for. The House Democrats have smart lawyers who are fully aware of all the above-discussed case law and other limitations on congressional power. That is why they purposely structured their third-party subpoenas to ensure nobody can challenge them in court: they know those subpoenas vastly exceed the limits of their authority and cannot withstand judicial scrutiny.

This congressional committee is designed to be cathartic theater for liberals, and a political drama for the rest of the country. They know Republicans will object to their deliberately unconstitutional inquisitions, and they intend to exploit those objections to darkly insinuate to the country that Republicans are driven by a desire to protect the violent traitors so that they can deploy them as an insurrectionary army for future coups. They have staffed the committee with their most flamboyant and dishonest drama queens, knowing that Adam Schiff will spend most of his days on CNN with Chris Cuomo comparing 1/6 to Pearl Harbor and the Holocaust; Liz Cheney will equate Republicans with Al Qaeda and the Capitol riot to the destruction of the World Trade Center; and Adam Kinzinger will cry on cue as he reminds everyone over and over that he served in the U.S. military only to find himself distraught and traumatized that the real terrorists are not those he was sent to fight overseas but those at home, in his own party. 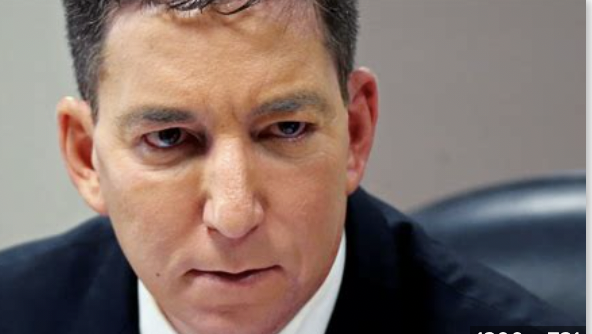 But the manipulative political design of this spectacle should not obscure how threatening it nonetheless is to core civil liberties. Democrats in politics and media have whipped themselves into such a manic frenzy ever since 1/6 — indeed, they have been doing little else ever since Trump descended the Trump Tower escalator in 2015 — that they have become the worst kinds of fanatics: the ones who really believe their own lies. Many genuinely believe that they are on the front lines of an epic historical battle against the New Hitler (Trump) and his band of deplorable fascist followers bent on a coup against the democratic order. In their cable-and-Twitter-stimulated imaginations, shortly following this right-wing coup will be the installation of every crypto-fascist bell and whistle from concentration camps for racial and ethnic minorities to death or prison for courageous #Resistance dissidents. At some point, the line between actually believing this and being paid to pretend to believe it, or feeling coerced by cultural and friendship circles to feign belief in it, erodes, fostering actual collective conviction and mania.

And when fanatics convince themselves that their cause is not only indisputably just but an imperative for survival, then any doubts or questions about methods and weapons can no longer be acknowledged. The war they are fighting is of such overarching importance and righteousness that there is no such thing as unjust or excessive means to achieve it. Just a cursory examination of liberal discourse is enough to see that they have long ago arrived at and flew past this point of sectarian zealotry. And that is what explains their overwhelming support for state and corporate censorship of the internet, increasing reverence for security state agencies such as the CIA and FBI, love for and trust in corporate media, and a belief that no punishment or level of suffering is excessive when it comes to retaliation against their political enemies, including but not only those who participated in any way in the 1/6 protests.

This is, after all, a movement that has long opposed the death penalty and whose more left-wing factions spent 2020 rioting in cities to protest police violence and chanting “Defund the Police!,” yet their only lament about Ashli Babbitt seems to be that she was the only pro-Trump “fascist” shot and killed by noble police officers on that day. They have pranced around for decades as criminal justice reformists, denouncing harsh prosecutorial strategies and judicial punishments, yet are indignant that people who put their feet on Nancy Pelosi’s sacred desk or vandalized the sacred halls of American power with their dirty and deplorable presence are not spending decades in a cage. They spent 2020 depicting police officers as racist savages, only to valorize the Capitol Police as benevolent public servants whom only barbarians would want to harm, then gave them an additional $2 billion to intensify their surveillance capabilities and augment their stockpile of weapons. Their fury that Trump officials did not end up spending decades in cages due to vague associations with Russians is exceeded only by their rage that pro-Trump protesters at the Capitol are being sentenced to months rather than years or decades in prison.

A political movement that operates from the premise that its cause is too important to be constrained is one that inevitably becomes authoritarian. That such authoritarianism is the defining feature of American liberalism has been evident for several years. And an investigative congressional committee that they control, aimed squarely at their political enemies, accompanied by demands that anyone resisting it be imprisoned, can only lead to very dark and dangerous destinations.