Some of us have always known that climate hysteria causes malfunctions in the brain. (The precise medical term is ‘Subject Specific Stupidity Syndrome’.) Here are a couple of examples confirming this, both from just one week in July. What stands out in the first example is that any reasonable, well informed person would know that burning biomass does not reduce the emissions that alarmists are trying to reduce. It is counterproductive to their own objectives, however misguided or uninformed those are.

This first example is from Le Monde:

The obsessive but unscientific demonisation of fossil fuel emissions is a stupidity that does great harm. That, too, is well known, even by the World Health Organisation. On the same day that Le Monde reported how biomass was not the answer alarmists were looking for, Nature published a piece that shows the serious threat to life caused by the burning of biomass instead of really clean fuel, among the poor in India, for example:

“If you want to learn how dangerous cooking can be, ask my cousin. When she was three, growing up in the small town of Saram, India, she knocked over her mother’s kerosene stove, scalding herself badly. Her face was scarred for the rest of her life.

The dangers of some fuels aren’t always so obvious. About 2.6 billion people, mostly in lower-income countries, experience energy poverty — the lack of access to clean fuels — and cook on open fires or stoves using kerosene, coal, wood, animal waste or other forms of biomass.

The World Health Organization (WHO) estimates that 3.8 million people die prematurely each year from illnesses linked to household air pollution, often caused by these fuels. Cooking with biomass results in more deaths than tuberculosis, malaria and HIV/AIDS combined. I study solutions to energy poverty in my job as the director for energy and development at the Breakthrough Institute, an environmental-research centre in Berkeley, California. I often think of my cousin — how, even if she hadn’t knocked over that burner, it would still be harming her. 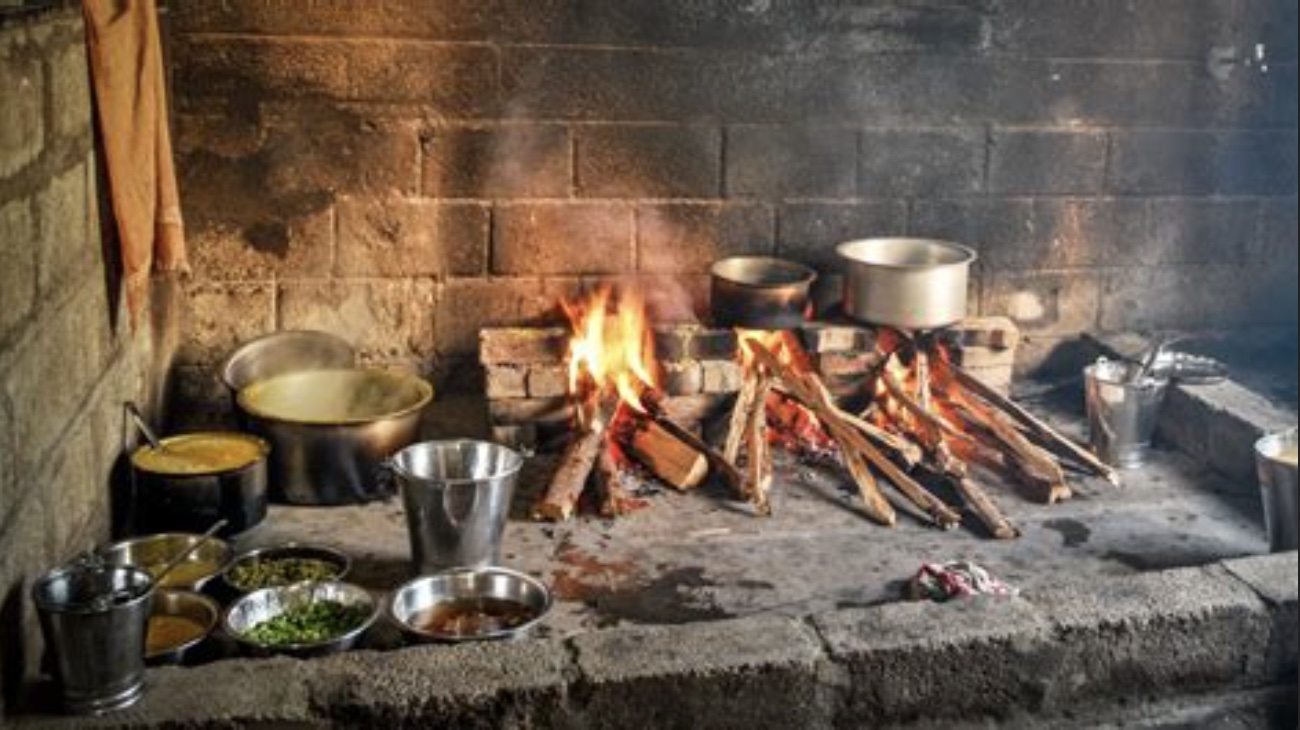 Women lose time, security and income because they must gather fuel; girls who might otherwise go to school go out to collect wood or cow pats.

That the responsibility of cooking falls heavily on women is already misogyny; an added insult is the public-health crisis linked to that chore in many low-income countries.

Millions of women have been protected by turning to cleaner fuels, in particular liquefied petroleum gas (LPG), prepared from refined petroleum. For now, LPG cooking stoves are probably the cleanest, most scalable solution to improve the health of women and reduce deaths from indoor air pollution in poor countries.

But LPG is a fossil fuel and, although it has few local effects on air quality, it does emit greenhouse gases when burnt. European countries such as Germany — a major consumer of coal and natural gas — and Norway, one of the world’s largest exporters of natural gas, are seeking to ban the financing of all fossil-fuel projects in low- and middle-income countries entirely. This puritanical, one-size-fits-all approach is bad for the climate and overwhelmingly leaves women breathing in dangerous smoke from dirty cooking fuels. The West needs to get a grip and devise a more sensible strategy to solve this public-health crisis.

Last month, the United Nations published a report on the progress made towards achieving the Sustainable Development Goals, including SDG7 (see go.nature.com/3y6i), which aims to ensure affordable, reliable, sustainable and modern energy for all by 2030. It makes clear that the world is falling far short of the investments necessary to reach this goal. About US$4.5 billion a year is needed to achieve universal access to clean fuels for cooking (this estimate includes supplying infrastructure, such as LPG stoves). Rich countries have so far coughed up about $130 million a year.

Pious, performative, broad-brush bans on fossil fuels help no one. A more intelligent, data-led approach is needed to better protect the climate alongside vulnerable people in developing nations.”

“A more intelligent…” or less stupid approach, we might suggest. But caught in the vortex of climate hysteria, some people forget an important lesson from history, as extracts from the following article demonstrates. It is worth reading the whole article.

“At various times throughout the history of humankind, our most brilliant scientists and philosophers believed many things most eight-year-olds now know to be false: the earth was flat, the sun revolved around the earth, smoking cigarettes was good for digestion, humans were not related to apes, the planet was 75,000 years old, or left-handed people were unclean.

Around 100 years ago, doctors still thought bloodletting (that is, using leeches or a lancet to address infections) was useful in curing a patient. The idea that the universe was bigger than the Milky Way was unfathomable, and the fact the earth had tectonic plates that moved beneath our feet was yet to be discovered.

Social media companies and creator platforms like YouTube have attempted to root out “Covid-19 misinformation” from their ranks. More infamously, during the 2020 election, Twitter and Facebook both throttled the sharing of a salacious story by the New York Post about a laptop Hunter Biden left at a repair store that was filled with incriminating texts and images on the ground that it was hacked material or a Russian disinformation campaign. As it turned out, the story was true as the Post had reported it.

… the media needs to change its posture toward things reporters believe to be false. For years, many journalists have taken to the idea that ignoring misinformation is the way to beat it—that addressing it in any way simply “gives oxygen” or “spreads” the fire. But what the press needs is more honest and open-minded coverage of so-called misinformation that allows people to put down their weapons and hear you out. The problem is that when the people who believe something are the only ones talking about it, there are no skeptical voices in the room, and then certain hypotheses never face honest scrutiny.”

Amen to that, say those who know about burning biomass and do not subscribe to the ruling orthodoxy on ‘climate change’.