What if you were told that all efforts at emission reduction were totally pointless – because those emissions have nothing to do with global warming? And what if you were told that this information is not revolutionary, but is well known by independent scientists working in that field? And that climate activists have based alarmism on the false premise that CO2 is a driver of warming – and it was always false. 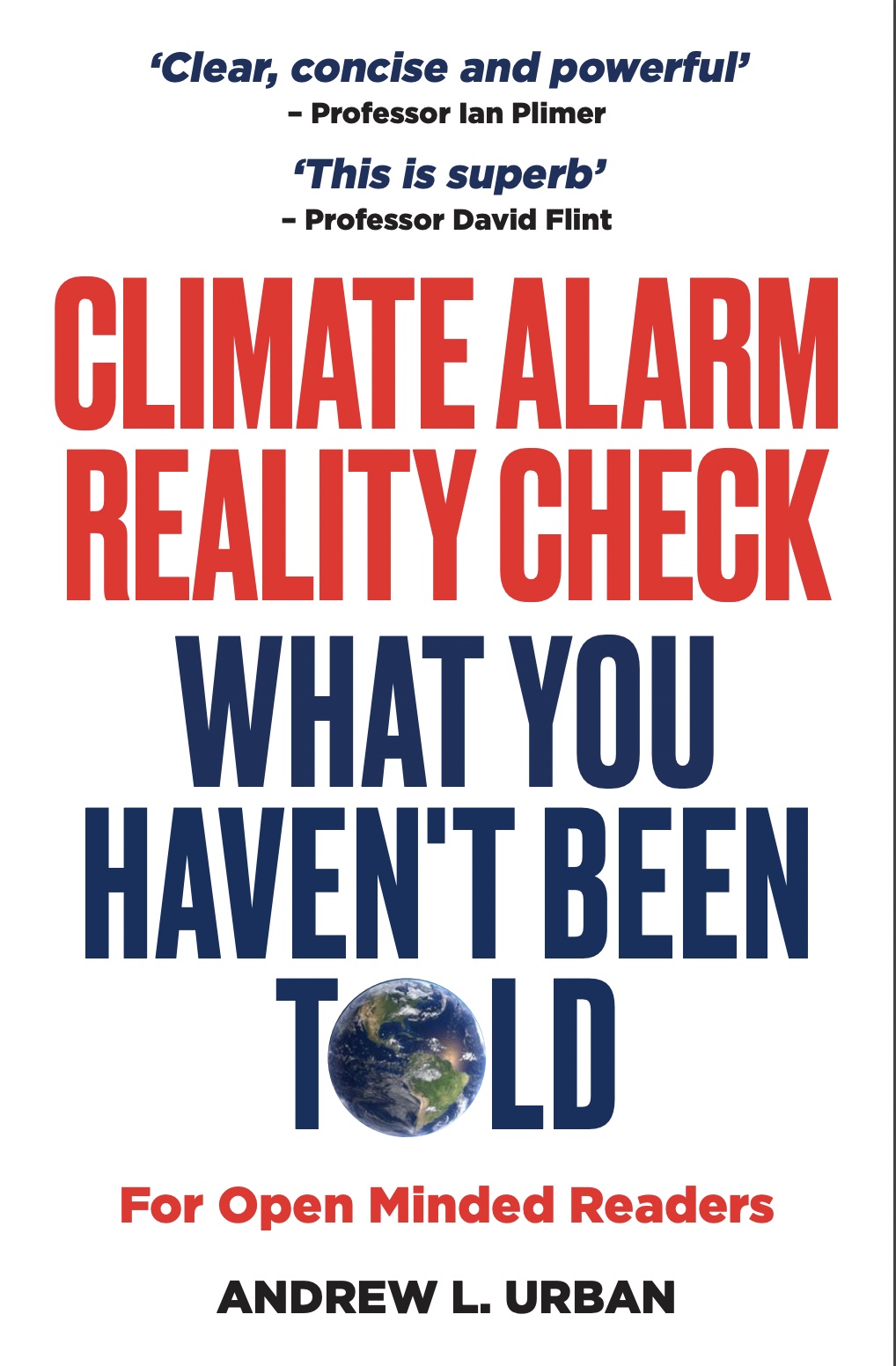 In his new book, Climate Alarm Reality Check, what you haven’t been told, (Wilkinson Publishing) Andrew L. Urban, cites scientists who defy the ruling orthodoxy about climate change being man-made. Urban, a journalist who has spent nine years researching and writing about the climate wars, has collated uncontested facts (eg the amount of total CO2 in the atmosphere – 0.04%, with only 0.0012% from human activity) and the observations of independent scientists.

The simplest and most powerful point in the book is made by Australian geologist Ian Plimer, pointing out that it has never been shown how the 3% of CO2 produced by human activity drives warming but the 97% occurring naturally does not.

Urban notes how “Throughout earth’s 4.5 billion year history, CO2 in the atmosphere increased AFTER a period of warming, geologists found. It was natural warming that ended the ice age.”

“It will be remembered as the greatest mass delusion in the history of the world – that carbon dioxide, the life of plants, was considered for a time to be a deadly poison.” – MIT Professor, emeritus, Richard Lindzen

“Children have been unnecessarily terrified, coal plants shut down, lives disrupted, economies put on life support … all for nothing,” says Urban. The book’s content, he says, “may seem controversial to some, but it’s factual and challenges politicians to rethink the most far reaching and destructive energy policies ever implemented or planned.”

ALSO: 1,100 + signatories to the Climate Declaration; 300 signatories on letter to the US President; 33 members of the Geological Society