The camera catches a toddler wheezing in the swirling smoke of a cooking fire inside a small hut as her mother battles to cook a meagre meal using wood or air polluting animal dung. The camera pulls back and out of the hut, taking a birdseye view: the whole village is revealed, similar cooking smoke rising from many of the huts. In other footage, we see many villages where babies battle, smoke, heat and the flies, where the absence of electricity – and the home appliances that it powers – exacerbates the poverty.

The narrator tells viewers: “In West Bengal, for example, the dung cakes are burnt indoors and the fumes spread inside. Many houses just have a room and a kitchen with no ventilation,” says Dipankar Chakraborti, the lead researcher of a study by Jadavpur University’s School of Environmental Studies.

After an hour of these scenes, we are emotionally wrung out. Just one hour. Nearly 240 million Indians lacked access to electricity in 2017 (International Energy Agency). They weren’t the only ones. (BELOW: One of the leading causes of illness, injury and death among the villagers of the Barillas area relates to the breathing of smoke inside the village huts from the open fires used for cooking and heat.) 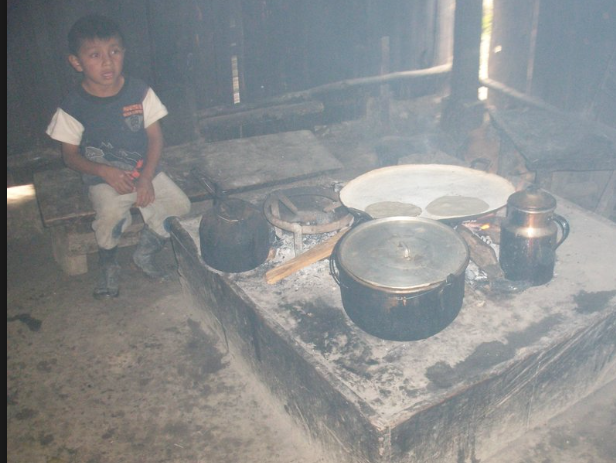 The flawed Paris agreement would cost $1 to $2 trillion a year, but we can’t afford any common sense.

In a previous article (here, Oct 15, 2018) and The Spectator Australia, Oct 20, 2018), I argue that many intelligent people will cling to an idea once they have adopted it wholeheartedly, even when faced with contrary evidence. It was ever thus over the years, but now we have a name for it: ‘confirmation bias’. This long-recognised aspect of the human condition helps explain the manifestation of unshakable belief in ‘climate change’.

The IPCC was set up 30 years ago to serve the purposes of the UN Framework on Convention on Climate Change. The ultimate objective of the UNFCCC is to “stabilize greenhouse gas concentrations in the atmosphere at a level that would prevent dangerous anthropogenic [i.e., human-induced] interference with the climate system”. This is the equivalent of saying “man made emissions are fuel in our atmosphere; fix it”. The diagnosis was in, before the first tranche of research cash was paid out.

The idea of us fouling and endangering the planet struck a chord in the hearts and minds of people in perpetual misery, those who were quite recently disabused of the joys of communism and socialism. Then there were those who saw the alleged threat of global warming as an opportunity. Fear is a potent motivator, and has been the defining characteristic of the climate debates.

Al Gore’s first climate millions came from the box office: An Inconvenient Truth (2006) was made for US$1.5 million. It grossed US$50 million. (Not counting non-theatrical revenues.) The film peddled fear; fear of climate caused catastrophe. It was (misleadingly) incorporated in science curricula; schools should have included it in the marketing and communications curricula, under Propaganda: How To.

The damage was done: the science was ‘in’. The believers have become zealots, who despise the ‘deniers’. The faith has won.

Collecting disciples across the world’s fawning media, Gore’s warming message was enhanced, turbo charged and multiplied by ideologically captive scientists who are a disgrace to the profession, misrepresenting science, faking data and pursuing political agendas. The debunked Hockey stick graph … the Climategate scandal … the fake survey that claimed 97% of scientists agree that it’s all coal’s fault … The money kept flowing, the real science was supressed and deplatformed. Dissidents were despised and shut down.

If it were a matter of debating climate policies on a scientific platform, the original premise that set off the climate madness has already been debunked and shown to be false. Just ask a couple of real scientists with expertise in the subject.

As geology Professor Ian Plimer puts it, “Annual human emissions (3% of the total) of carbon dioxide are meant to drive global warming. This has never been shown. If it could be shown, then it would also have to be shown that natural emissions (97%) don’t drive global warming.” (Climate Change Delusion and the Great Electricity Ripoff, Connor Court Publishing, 2017, paperback, 435 pp approx., $39.95)

Not even a mini ice age will convince the believers that their belief in what they call ‘the science’ is wrong. But of course, it’s not about the science. It’s about feeling ‘right’ on moral grounds: this is the curse of the political left, which can’t seem to translate good intentions into successful outcomes. That’s Al Gore’s bad seed: he pronounced global warming as the moral challenge of our time, a sentiment echoed by Kevin Rudd.

Instead of vainly and repeatedly arguing the science, rational citizens should champion the real moral challenge of our time, one we can deliver: clean water and electricity for the world’s poorest and most vulnerable, who exist without sanitation or safe cooking facilities and refrigeration. (BELOW: A light and an electric kettle can enhance quality of life.) 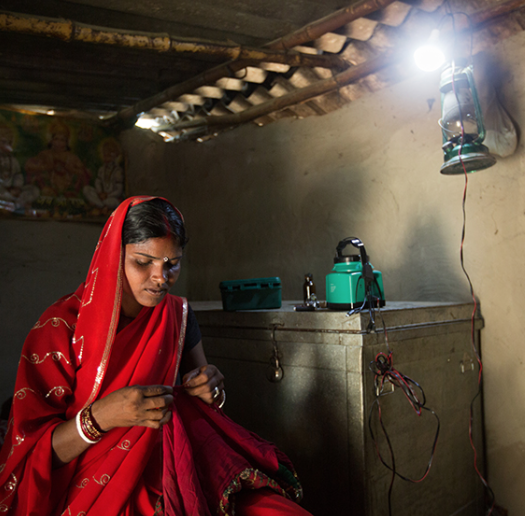 The challenge is to find sources of finance and other resources – not least open minded media outlets – to match the huge bank of the likes of George Soros and the institutions on the climate gravy train – and of course, the platform provided by the captive media, like the Sydney Warming Herald and its ilk.

There is a powerful lesson to be learnt from the way the Royal Commission into the Northern Territory youth detention centre was established: 24 hours after a (since discredited) ABC television report went to air, then Prime Minister Malcolm Turnbull took action. Likewise the live animal export trade was instantly shut down after an earlier ABC TV story about cruelty in an abbatoir. In other words, the images broadcast into our homes have more political power than reason and common sense do; emotive TV is more effective in propelling political action than any review by a committee or a well researched article or scientifically robust and credible book (eg Ian Plimer’s).

A powerful TV campaign could explain how Government policy funds specific measures to bring electricity, sanitation and medical services to the world’s poorest inhabitants, with the money coming from the billions rescued from subsidies on renewables, say. It could even be part of a new international initiative – called the Canberra Accord.