Most members of the mainstream media seem to have left their list of questions on climate change policies on the bus. Ever helpful, and considering the relevance of the topic in this election, we have come to the rescue. They can take this list to the next Minister/Shadow Ministerial presser as a prompt. Please report the answers.

BASIC FACTS
Minister/Shadow Minister, do you know and/or acknowledge that –
* the amount of carbon dioxide in the atmosphere is 0.04%? (Deputy Opposition Leader Tanya Plibersek didn’t.)
* the amount of that made up by man made emissions of the gas is 3%?
* the percentage of that 3% contributed by Australia’s emissions is 1.3%? And do you agree with Alan Jones’ analogy that Australia’s contribution is like a single grain of rice out of a bag of 1.75 kilos?
* it has not been proven that the man-made emissions of that 3% of total CO2 drive warming, while the rest, 97%, do not?
* the sun (especially its spots) plays a major role in our climate? 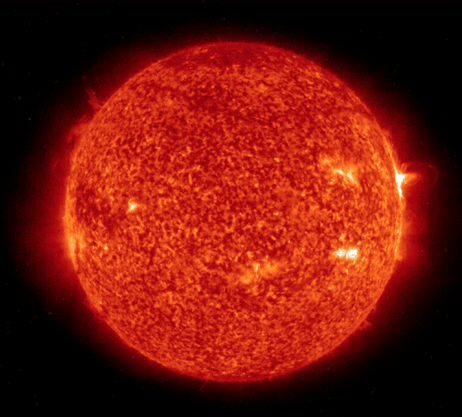 THAT CONSENSUS
Minister/Shadow Minister, do you know that the survey (it comes from a 2008 poll performed by Professor Peter Doran and then-graduate student Margaret R.K. Zimmerman at the University of Illinois, Chicago) claiming a 97% consensus among scientists has been exposed as fraudulent; it’s actually just 75 mostly North American scientists who have agreed that man made emissions probably contribute to global warming. Thousands of the polled scientists refused to participate in the grossly unscientific poll. Did you know that?

THE SCIENCE IS (UN)SETTLED
Minister/Shadow Minister, are you aware of the extent of profound uncertainty among climate scientists about the drivers of climate change? If not, to save you Googling time, here is just one scientist’s view on this: Writing in ‘Climate etc’, esteemed climate scientist Dr Judith Curry has urged greater attention to the uncertainties of scientific research. “The current focus on CO2 emissions reductions risks having a massively expensive global solution that is more damaging to societies than the problem of climate change,” she says. The challenge, she says with unflinching optimism, is “to open the scientific debate to a broader range of issues and a plurality of viewpoints and for politicians to justify policy choices in a context of an inherently uncertain knowledge base.” Would you support that approach, Minister/Shadow Minister?

CLIMATE CHANGE IS REAL – THE DATA
Minister/Shadow Minister, in the interests of being fully informed, have you read acclaimed Australian geologist Ian Plimer’s book The Climate Change Delusion and the Great Electricity Ripoff (Connor Court Publishing), in which he refers to “do you believe in climate change?” as “the moron’s question”? By page 10, Plimer is in full professorial flight, directly contradicting the ruling CO2 orthodoxy: “In the past there has been no relationship between atmospheric carbon dioxide and temperature. To claim that human emissions of carbon dioxide drive global warming is fraudulent. The data shows the exact inverse. When temperature increases after glaciation, atmospheric carbon dioxide increases at least 800 years later.”

He also points to how research funding has been misspent: “US climate research has received more than US$73 billion … over the last two decades. And what do we have? Suspect data.” How much has Australia wasted, Minister/Shadow Minister?

EXTREME WEATHER EVENTS
Minister/Shadow Minister, do you feel manipulated (or fooled) by emotive footage of catastrophic weather events (fires, floods, hurricanes) which the narrator (eg Al Gore) attributes to climate change – but for which there is no evidence? Dr Curry again: “Not sure what the motive is for the attribution of extreme events, other than to build political will for climate change policies.”

Minister/Shadow Minister, can you explain exactly what you would do with the information (if it could be assumed to be accurate) that 5% less rainfall would have fallen in Pakistan without global warming (95% of the rain would still cause massive flooding)?

“The assumption that extreme weather events “demand explanation” is strange in and of itself; most people assume that weather “happens” and are mainly concerned about having a good forecast with advance warning. Would this help people adapt better to extreme events (there is already a large adaptation deficit in most places)?  Would it provide fodder for litigation or the “blame game” to motivate more international humanitarian assistance?  Would it help build political will to support CO2 mitigation policies?”

The point is, notes Dr Curry, extreme events don’t have all that much to do with warming per se. They have to do with atmospheric circulation patterns which are dominated on decadal time scales.

So, do you know that there’s no scientific basis for attributing any extreme weather event, or even the frequency of such events, to a small increase in global average temperature? If you have empirical evidence that shows otherwise, please urgently make it public and advise the IPCC.

CALMING CHILDREN’S FEARS
Minister/Shadow Minister, do you feel a responsibility to reassure children terrified by climate alarmism and to allay their fears that the planet has just 12 years before extinction? Will you issue a statement immediately to that effect?

Members of the media may ask follow up questions at will … you’re welcome.