The good news from Hong Kong

Angered and afraid, Hong Kong rose up last week and told China’s communist bullies to shove their extradition plans up their red flag. It would have diminished Hong Kong freedoms and curtailed democracy. The bad news is that Beijing was muscling in – the good news is Hong Kong pushed back, and Beijing withdrew.

As always, Chinese strategy is to gain an inch, then another … as in the islands in the South China Sea. One foot in the door is not enough to provoke a retort from the West. But then there is another push at the door. Gradually, China moves as it wants. Now the islands are military bases.

Western Governments should employ old hands from the Communist era as advisors, survivors who have experienced the gradual elimination of personal freedoms, one word at a time. It seems George Orwell has been forgotten… 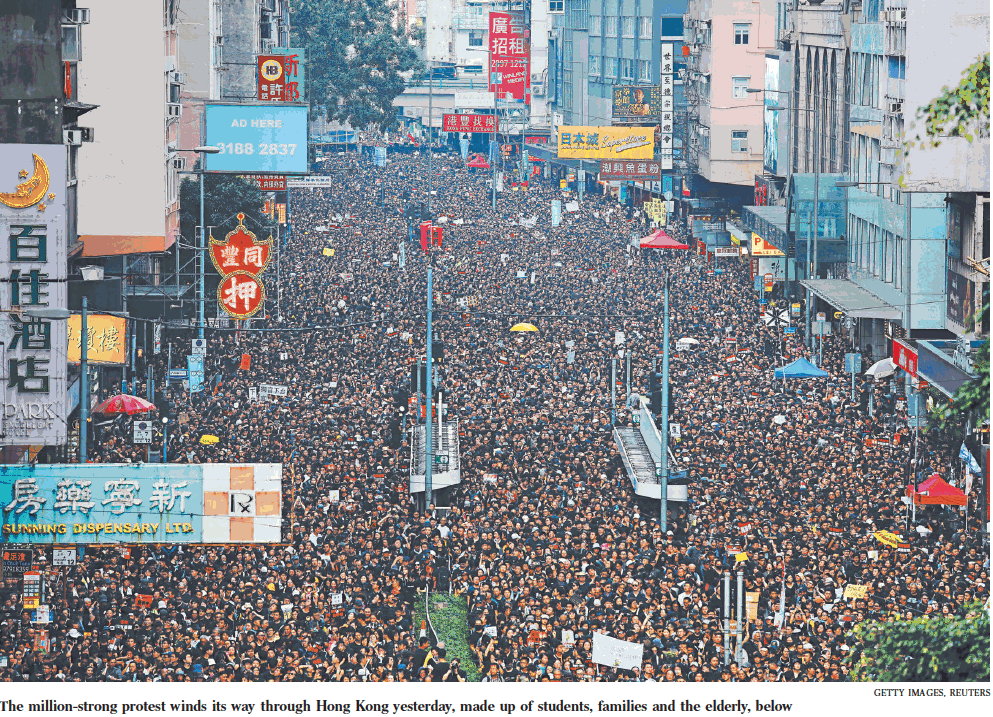 The best news, though, is that after a week of angry clashes, the extradition legislation was shelved – but that didn’t stop Hong Kong coming out in force, with two million marching against the idea. They know that Beijing is patient; they don’t want China to think the idea can be brought back. They are not forgetting.