Over and above the deadly blunders that have claimed hundreds of lives (the majority of the total), failing to adapt policies and regulations in light of the mass of emerging information about Covid19 has been the most egregious failure of leadership in this crisis. All our governments are guilty to varying degrees.

The world has learnt much since the outbreak.

Yet despite the multiple authoritative studies of the virus that have shown lockdowns are unhelpful, they continued. Despite the studies that showed moving about in the open air was pretty safe, arrests in parks and on beaches continued. Despite the certain knowledge (empirical evidence based) that the majority of infections are mild and over 99% of those under 70 and over 94% of those over 70 survive (according to the US CDC), the number of infections – infections! – recorded drives policy decisions (like border closures). Despite the health system being massively under-utilised, the tone of panic from officialdom has maintained the fear. It is the fear that has maintained approval ratings for the politicians, not the rationale for their decisions.

Despite the abject failures of Fawlty Towers-quality modelling and discredited projections by experts, the experts hold sway and continue to influence Covid19 related regulations.

Despite the many unintended consequences that came to light as restrictions impacted on traumatised children, and adults with significant non-Covid health risks (mental health, reluctance to attend medical facilities, failure to submit to preventative cancer tests, etc) the restrictions continue, apart from arbitrary fiddling with numbers allowed to attend funerals, weddings, restaurants and brothels.  (South Australia’s opening of its border is welcome.)

Perhaps worst of all, some premiers adopted a nasty, inhumane attitude, while claiming to be ‘saving lives’ … even lives that were not really in danger. Too invested in their own decisions to change them sufficiently when new information came to light – or banking on a political win – they have damaged democracy by trashing our trust and losing our respect.

STATS: Of the 869 deaths in Australia to date, 781 occurred in Victoria, most of them traced to the State’s hotel quarantine failures (the quarantine plans were announced on March 27, 2020). Health Minister Jenny Mikakos resigned on September 26, 2020, following a judicial enquiry into the failures. 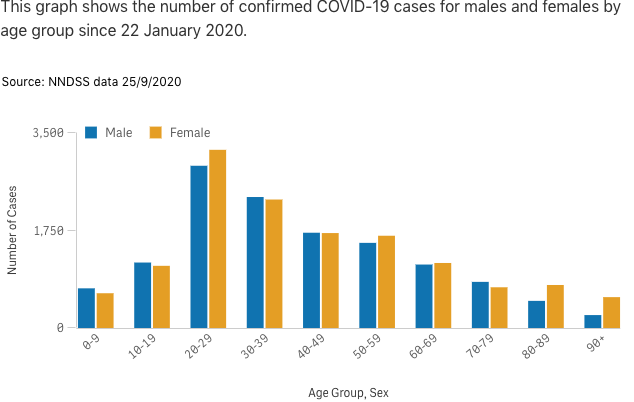 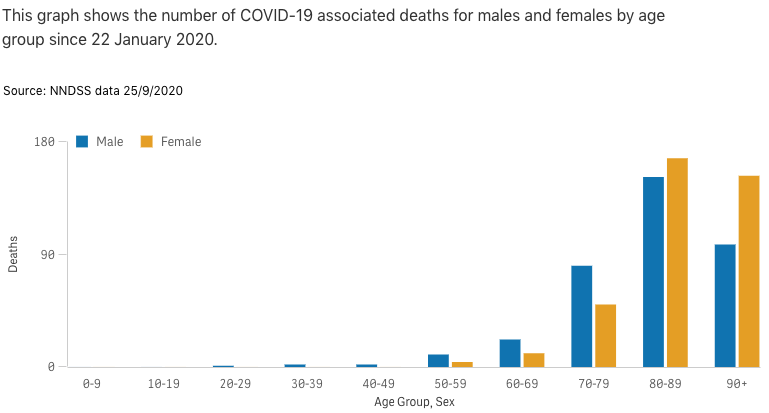