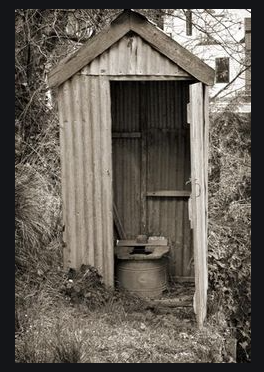 Hi Folks, welcome to our neck of the woods (mind the charred koalas). The dunny is down the back there and you’ll find it well supplied with paper. We had several copies of the Constitution that we ripped up since some of the blokes and sheilas who run the states showed it wasn’t worth the paper it was printed on. We proved them wrong – see inside the dunny. It spared us hoarding toilet paper – see below.

So here’s why: it happened back in 2020, when the coronavirus invaded Australia from Wuhan, China. (That’s when folks were scared shitless and rushed out to buy toilet paper by the ute load.)

There was an emergency national cabinet formed that included all the State & Territory leaders, but it was a just a book club really, nobody was required to stick to any plan agreed therein. Not like a real cabinet.

In the midst of rising infections (let’s leave deaths out of it for now), some State leaders (you’ll have heard who they are) imposed restrictions like curfews and closed borders. Now, closing State borders is a big no-no according to the constitution (Section 92 we reckon), unless there is a valid reason like a real health emergency, say. Keeping them closed long after any such emergency is obviously crook. Likewise curfews, which are simply un-Australian as well as unconstitutional, fair dinkum.

The thing is, it took a while for people to start asking questions about these decisions, seeing their effects were causing not just great economic harm but terrible human anguish. Families suffered separation when they most needed to be together; deaths & funerals, weddings, illness and so on. The grubs!

Turned out much of the panic was just that; panic. Also turned out that some of the States were keeping their borders closed not for health safety reasons but for … well, let’s say ‘economic’ or grubby political reasons. Queensland’s Chief Health Officer was the first to fess up that she made exemptions for movie stars and sporting teams to cross into Queensland because it brought in money. The score: Honesty 1, Constitution 0.

WA Premier Mark McGowan, never one to make decisions based on self interest, declared that the WA border will remain closed despite other States clamoring for him to open up, because those eastern states were whining out of self interest; they wanted the WA population to up and go East. Their folks weren’t planning to go West and spend big. That’s the spirit, Mark.

As for that goose in Victoria with mates in Beijing, he simply locked people up all night every night, not because he had health specialist advice, not because he had security/policing advice but … well, just because that’s what they do in Beijing. Flailing around like a chook without a head, he had already made things worse by letting anyone with a union card guard infectious guests holed up inside the quarantine hotels. That was a seriously deadly idea, but it seems nobody had that idea. Nobody that’s owned up to it at least. Maaaate! 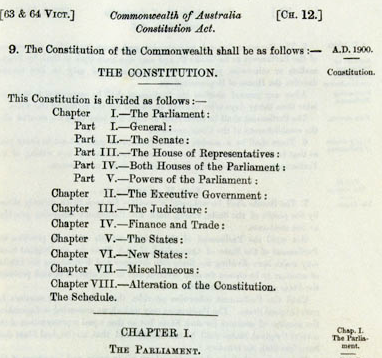 Anyhow, folks, the point of this explanation as to why we have the Constitution as dunny paper is that Premiers (and probably anyone else) can be in breach of the Constitution – but so what. That’s not a question; it’s the attitude. Nobody can stop them (or youse). There is no penalty or sanction. So what use is it? Well, we found one. And please keep the dunny door closed. We don’t want the neighbours to see …