A historical echo … “One especially powerful tool that helped to forge a sense of nationhood in the minds of Americans during the early years of the republic was the Constitution that the framers drafted in Philadelphia in the summer of 1787. It is important to remember that the fundamental fact of American political reality in the lead-up to the Constitution’s drafting was state-based, geographic division. Americans had a thin sense of their common nationhood, and their political attachments were almost entirely cantered on their respective states.

“Just as the leading lights of contemporary American politics have diluted the meaning of democracy, they have ripped the Constitution from its (rightly) esteemed position as our nation-creating and politics-constraining document and pushed it down to the level of partisan hackery.” – Thomas Koenig, writing in Merion West, Jan 6 2021, referring to Stanford Law Professor Michael W. McConnell’s latest book, The President Who Would Not Be King: Executive Power under the Constitution. Thomas Koenig is a recent graduate of Princeton University. 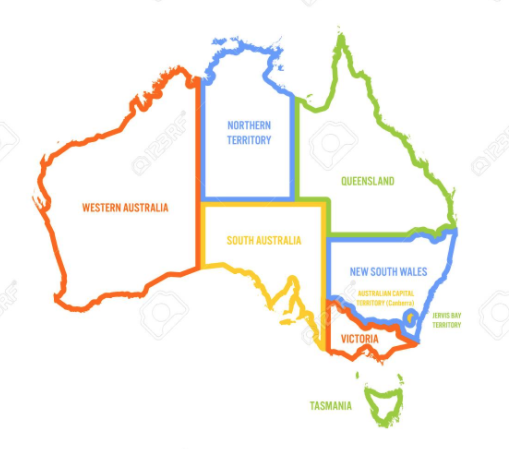 “In 1988 the High Court was unanimous in finally determining that what the section (S92) means when it speaks of “intercourse among the States.” The Court said:

“Prior to Federation all of the colonies operated separately from one another. They were sovereign, united only by the fact that all were overseen by Britain. Each colony had its own economy, taxes and governments. They competed in all areas of trade and, to protect their own interests, imposed significant taxes and duties on goods imported from other colonies, thus making it cheaper to “buy local”.

“To stop that from happening in the newly federated nation the writers of the Constitution included section 92 to forcibly create an open and indivisible nation in terms of trade and movement.

“At first blush the laws enacted by several of the States and Territories in light of the COVID-19 pandemic would appear to clearly offend section 92, in that they obstruct the free movement of people across borders (subject to limited exceptions). There is no “freedom” of interstate passage.

However, in a string of decisions since Cole the High Court has held that States and Territories may still prevent entry if the goods or people coming in are likely to injure the citizens of the State.

then it is likely that the High Court will uphold the laws.

The medical evidence relied upon by the State Governments when the laws were enacted will likely prove critical if the States are to succeed.*

* That was written in June 2020. In self-adjudicating mode, some state premiers have judged a handful of Covid infections in other states sufficient to be an emergency. They haven’t bothered the High Court with their arguments.

Consequently, Australia, in (broken) spirit, is now back in pre-1787 America, pre-its own Constitution, in state-based, geographic division. Hence ‘Queensland hospitals for Queenslanders’ and Western Australian isolationism are both popular policies. Don’t blame the virus; blame the premiers – they had choices.